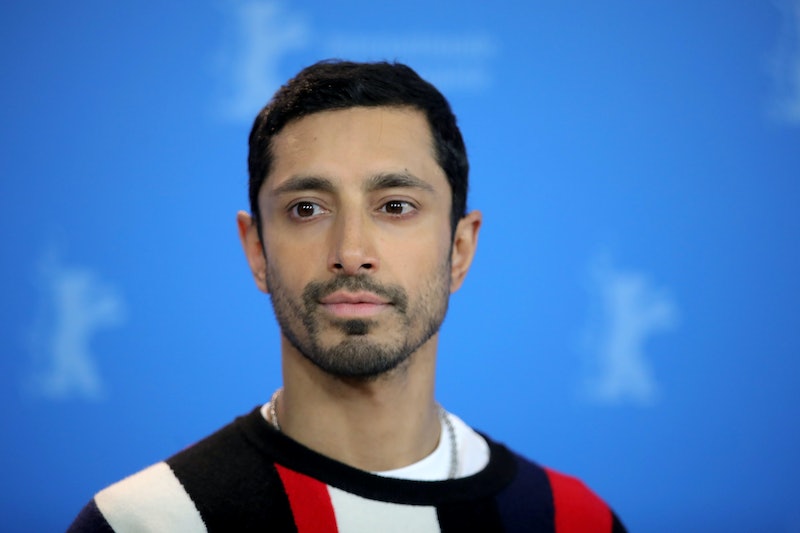 The last few months in and out of lockdown have given us all time to reflect – and it's been the same for Riz Ahmed. In a video interview with Esquire, the British actor, rapper, and activist shared relatable and insightful perspective on the pandemic. Ahmed also discussed politics, identity and representation in the arts, how trends are shifting for brown men on screen, and why he wrote a breakup record for Britain.

"You do go through the different stages of grief that you'd feel going through a breakup," he said, speaking to Esquire's editor-at-large Sanjiv Bhattacharya about his critically-acclaimed album, The Long Goodbye. He was inspired to write the record (released March 2020) in order to examine his own relationship with home — a subject he's often asked to weigh in on. "Of course, Britain is my home, that's obvious and yet to be confronted by different narratives that tell you that you don't belong there... you do feel hurt," Ahmed explained.

The British-Pakistani multi-hyphenate is no stranger to complex conversations. Back in 2017, for example, he addressed the House of Commons, giving a speech about diversity in the UK which was well received, and marked him out as a great cultural commentator.

He's speaking from experience when it comes to talking about representation in the film industry, too. He gives a standout performance in Mogul Mowgli, which is released Oct. 30; won an Emmy Award for his role in 2016's The Night Of; and brilliantly played a heavy metal drummer who begins to lose his hearing in 2019's Sound Of Metal — a role he says allowed him to share a vulnerability not often afforded to actors of a similar background. "You’re either the clown or the savage, you’re either the guy who couldn’t get the girl, the tech guy, or the terrorist, so I'm trying to move us into space where we can just be a man."

When it comes to improving representation on screen, Ahmed says it should be less about "asking for change" and "being the change". "In the last five to six years, people just wanted visibility or representation," he told Esquire. "Now, it’s not enough to be visible, you have to be vocal. It’s not OK to just be represented in a tokenistic way, people want to be their unapologetic full selves.”

On the pandemic, Ahmed is equally insightful. “Everyone coming out to clap these key workers, make no mistake about what that population looks like. It doesn’t look like some of our right-wing press and politician’s ideas of what Britain should look like, yet it’s the backbone of what’s kept Britain going through this time.” The 37-year-old also shared his personal experience of the last few months, including losing "two close family members". He hopes, he says, that the current times are a "wake-up" call for society.