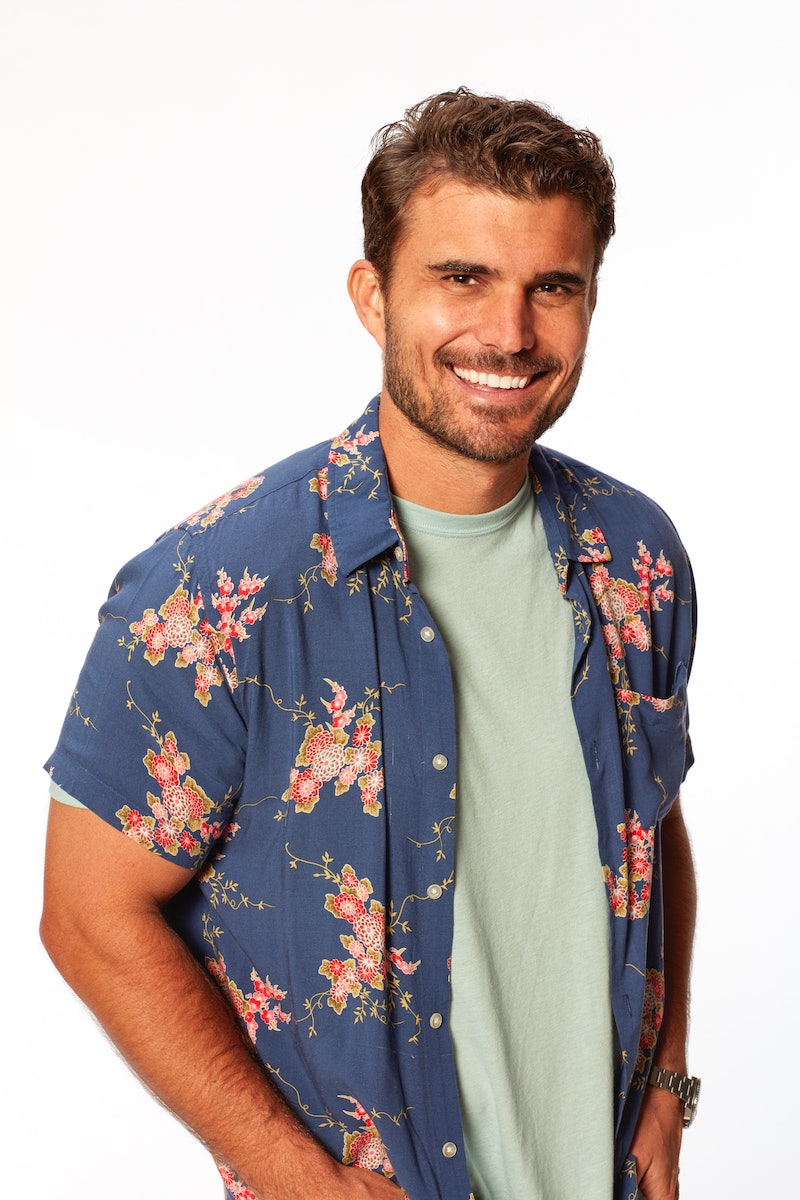 Clare's Bachelorette contestant Robby Stahl already has one thing going for (or maybe working against?) him: he was recommended to the show by former Bachelor Nick Viall. Chris Harrison revealed the news in a Facebook live introducing Robby and the rest of Clare's Bachelorette contestants, joking that he wasn't sure if an endorsement from Nick is a "good thing" to have on your resume. "I guess people do say those that can't do, teach," Harrison said.

It's unclear how Nick and Robby know each other, but they could've met while Robby was living in Los Angeles. According to Robby's LinkedIn page, he lived and worked in LA until September 2019, when he moved back to Florida to join his family's insurance brokerage. Here's what else to know about the 31-year-old.

Robby is a jack of all trades. He's currently the Assistant Vice President at his family's company, Stahl & Associates Insurance. Before that, he held the same title at Heffernan Insurance Brokers. Outside of the finance field, Robby has modeled as well as dabbled in acting and screenwriting. In 2016, he wrote and released a short film called Tonight at the Chateau, per IMDb, and in 2014 he wrote and starred in the comedy short Breaking In. The Bachelorette also won't be his first brush with reality TV — in 2013, he appeared as a bartender on Watch What Happens: Live.

His ABC bio says he now splits his time between Tampa and LA and hopes to soon "take the family business to the next level."

According to Robby's ABC bio, he's very close with his family, and he hopes to one day find a love like his mom and dad's, who've been married for 30 years. His Instagram reflects that, including posts mostly about his parents and younger sister, Brittany. Oh, and a casual shot of him hanging out with Justin Timberlake.

He May Not Last Long On The Show

According to E! News, Robby is one of the handful of guys who returned to Instagram in late July after casting was confirmed, meaning he was likely cut from the show early on. Unlike Tien Yang and Collins Youngblood, who spoke candidly about their exits online, Robby was quiet on social media, simply posting a photo of himself sitting with a gun in the grass at Yellowstone Club in Big Sky, Montana.

He Loves Being Outdoors

Robby's Instagram is full of outdoor shots, whether it's on the ski slopes, at the golf course, or fishing on the water. His goal is to find a partner who can keep up, though from the sounds of it, that partner may not be Clare.