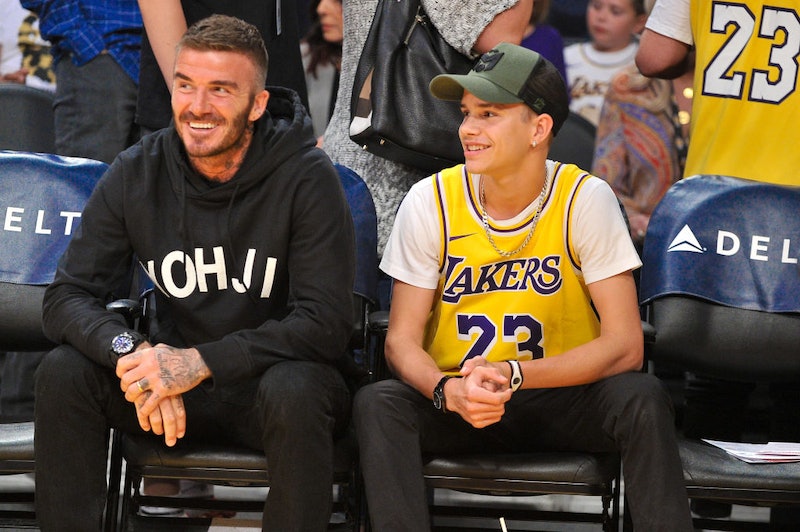 The Beckham's are quite possibly the cutest celebrity family out there, and one we're always rooting for. Earlier this summer, Brooklyn announced his engagement, and it seems that has got the rest of the family thinking about the future. Second eldest son Romeo Beckham revealed in an Instagram story that he wants to follow in his dad's footsteps to become a famous footballer.

The 17-year-old invited his followers to ask him anything on a set of stories, which included one fan asking: "Do u aim on becoming a football player [sic]" to which the youngster simply replied "yeah :)"

The news may come as a surprise to fans of Romeo, as he has been a promising tennis player up until this point. In fact, his parents built a £30,000 tennis court for him to practise on at their home in the Cotswolds back in 2018. However, this has now apparently been bulldozed down and replaced with a football pitch to match the teenager's latest career aspirations. Romeo shared an Instagram video recently, which showed him practising on said pitch.

Romeo is actually not the first of the Beckham lot to try his hand (or rather, foot) at the game their father built his career on. Older brother Brooklyn was previously in the Arsenal FC Academy, but ended up leaving back in 2015 after he did not secure a scholarship to stay in the programme. Let's hope Romeo has better luck.

As well as his pursuits in football, Romeo has also been sharing snaps of him enjoying time with his girlfriend model Mia Regan. The pair are thought to have been together since early 2019.