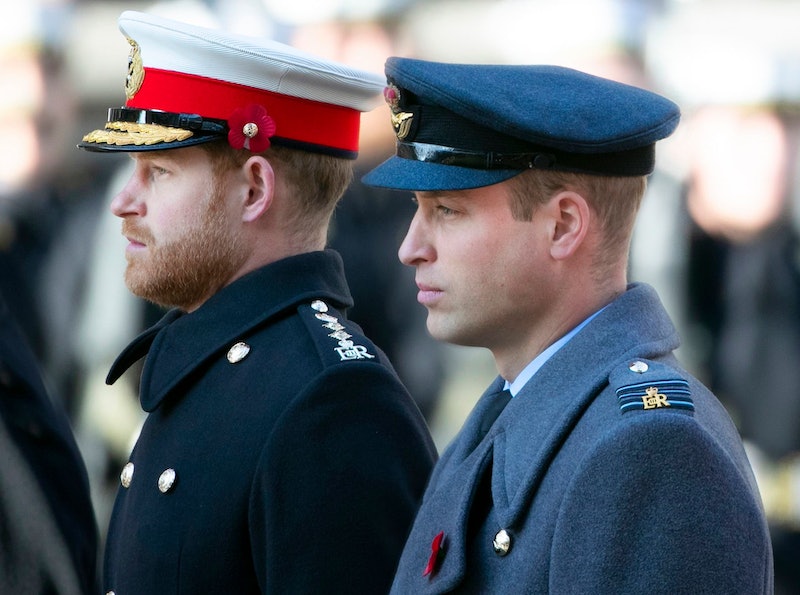 Anything that happened before the UK went into lockdown in March 2020 feels like a lifetime ago. It’s fair to say that the pandemic has been pretty all consuming. However, the royal family hit the headlines in the first few months of the year as Prince Harry and Meghan Markle moved their family stateside. Now, a new book, Battle of Brothers is promising to reveal some of the details of what happened around that time.

Battle of Brothers: William, Harry, and the Inside Story of a Family in Tumult is written by the historian and biographer Robert Lacey. It’s the second book to come out in 2020 that details Prince Harry and Meghan’s move away from the royal family. However, unlike Finding Freedom by Omid Scobie and Carolyn Durand, Battle of Brothers focuses on the negotiations as Prince Harry renounced his royal title and the relationship between Prince William and Prince Harry.

Lacey has previously written a biography of Queen Elizabeth II and is known for his work as historical consultant to the award-winning drama The Crown on Netflix. So, to say he’s a royal expert would be fair. However, the Mail reported that he sent some of the chapters of his new book to the palace to offer them the chance to dispute anything but that his work was returned, unopened. In an interview with the Daily Mail he acknowledged, “They took fright over the title, probably.”

As the title would suggest, Lacey’s book focuses on the relationship between Harry and William but also the other events that lead up to Prince Harry and Meghan moving to Canada and then the U.S.. It’s out on Oct. 15 and available to pre-order now. Here are some of the key takeaway points from Battle of Brothers.

I have reached out to Buckingham Palace and Kensington Palace for comment and will update this piece should any become available.

More like this
We’re Still Not Over Britney Spears & Prince William’s “Cyber” Relationship
By Sam Ramsden and Sophie McEvoy
The Prince William & Rose Hanbury Rumours, Explained
By Frances Stewart and Sam Ramsden
Prince Harry Will Be Able To Wear His Military Uniform After All
By Darshita Goyal and Sam Ramsden
Oprah Winfrey Revealed Her Hopes For Prince Harry & The Royal Family
By Maxine Harrison
Get The Very Best Of Bustle/UK