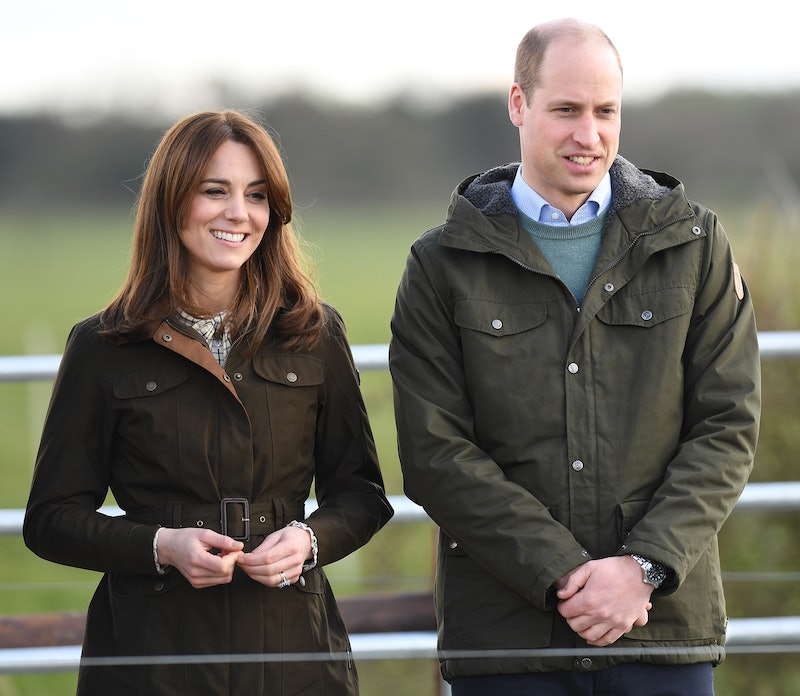 The royal family has lost a four-legged member. Prince William and Kate Middleton’s dog, Lupo, died last weekend, and the royals announced the news via their official Instagram account on Saturday, Nov. 22. It’s a tough loss for the family, who “will miss him so much,” as they wrote.

Lupo, an English cocker spaniel, joined the Duke and Duchess of Cambridge’s family in December 2011, the same year they were married. The couple confirmed they had gotten a puppy in February 2012, as the Daily Mail reported at the time. They initially kept his name private, but Kate revealed it to a group of children during a watercolor lesson that month, according to People.

In spite of an early phase in which he was “chewing everything,” as William described it in May 2012, per the Mirror, he stayed with the family as it grew. In fact, he’s said to have had a hand (or a paw) in the naming of Prince George, now 7. When the Duke and Duchess of Cambridge were trying to decide what to call their firstborn, they wrote names on pieces of paper, and then left them on the floor to see which ones Lupo would “choose” with his paws, according to a Mirror report in July 2013.

Unfortunately, the Cambridges only got nine years with him. “Very sadly last weekend our dear dog, Lupo, passed away,” their Nov. 22 post said, alongside a photo of the beloved pet. “He has been at the heart of our family for the past nine years and we will miss him so much.”

Lupo wasn’t just beloved by the royal family; he inspired a children’s book series written by Aby King, according to Us Weekly. The first book, Lupo and the Secret of Windsor Castle, came out in 2014, and three sequels have followed, with the most recent being 2016’s Lupo and the Labyrinth of the Lost Palace. The spaniel even appeared alongside his family in GQ in 2017, when William gave an interview about mental health as part of the Heads Together campaign.

Kate’s brother, James Middleton, wrote more about what the loss means in a touching Instagram post. He noted that “nothing can prepare you for the loss of a dog” and added that “it might be hard to understand” if you’ve never had a dog of your own. He happens to be a “dog dad” to six, including Lupo’s mom, Ella, and his siblings Zulu, Inka, and Luna.