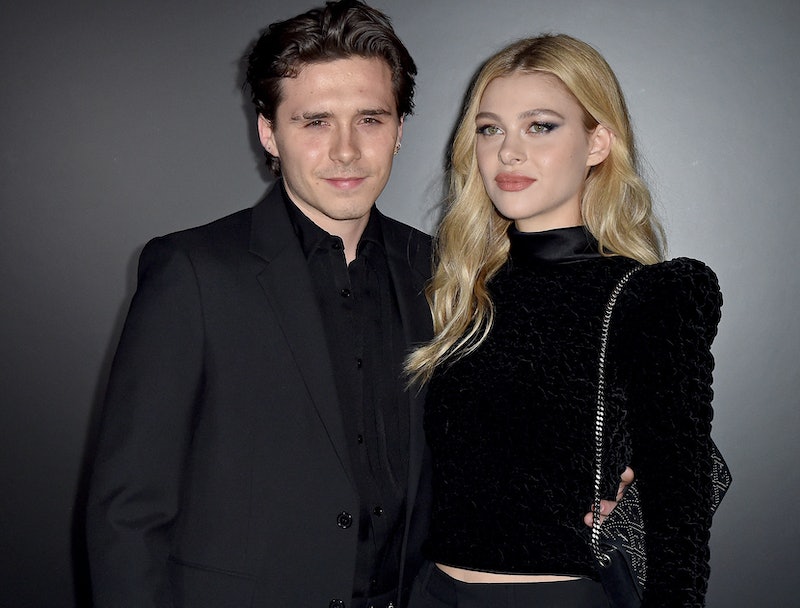 When it comes to planning your wedding day, the dress is a pretty essential part. You’ll hopefully be looking back on the pictures for years to come so you want to get it just right. However, most people won’t marry into the family of a famous fashion designer. But Nicola Peltz, Brooklyn Beckham's fiancée is doing just that. And it’s been reported that mother-in-law-to-be Victoria Beckham will design Peltz’s wedding dress.

Brooklyn Beckham and Nicola Peltz’s wedding day already promises to be seriously lavish. However, the Sun has reported that Victoria Beckham will play an even more important role than just mother-of-the-groom. A source told the publication that she’d be designing the wedding gown for her eldest son's big day. They said, “Victoria would like to keep it in the family when it comes to the gown and is thrilled Nicola has agreed. Nicola had initially wanted a haute couture gown by Elie Saab, as she has worn him before, but has now decided to let Victoria design her dress."

This isn’t the first time the star has designed a special gown for someone close, as she was also the master behind BFF Eva Longoria’s wedding dress in 2016. “@evalongoria the most beautiful bride,” Victoria Beckham captioned a photo of Longoria’s big day. “I am honoured to have created your wedding dress X Thank you for asking me!!! We love u! X”

We've reached out to representatives for Victoria Beckham and will update with information when it becomes available.

Brooklyn Beckham proposed to Peltz in June 2020. They shared a very loved up Instagram photo announcing their news. However, prior to the big announcement it was very clear that the Bates Motel actress is a firm member of the Beckham clan. She's shared pictures with the rest of the family and wore a dress from Victoria Beckham's collection in her engagement photo announcement.

The wedding will reportedly feature Romeo and Cruz Beckham as Brooklyn’s best men, according to the Daily Mail, with his little sister Harper as the chief bridesmaid. “Brooklyn is incredibly family-focused, just like his parents, and the boys are so close,” a source told the newspaper. “They are brothers and best mates. Although many assumed David would get the gig, there was never really any question of who he would choose to be his best men.”

The Daily Mail also writes that the likes of Victoria Beckham’s Spice Girl bandmates are allegedly on the guest list, in addition to David Gardner and his wife Liv Tyler.

This article was originally published on Aug. 25, 2020