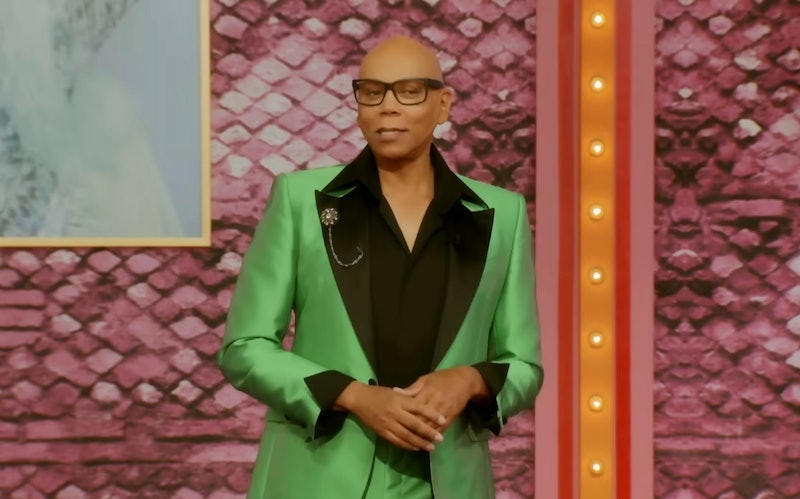 Start your engines, henny! When RuPaul’s Drag Race Season 15 premieres, the Emmy-winning reality competition series will be bigger than ever. In addition to the show moving to a new network and featuring a record 16 queens competing for the title of “America’s Next Drag Superstar,” the winner will sashay away with $200,000 — the highest cash prize in the flagship franchise’s 13-year herstory.

“When I hear Season 15 of RuPaul's Drag Race, I have to pinch myself — I just won’t tell you where,” RuPaul, who, of course, is returning as host and head judge, joked in a statement. “We never take for granted the opportunity we've been given to showcase drag excellence and tell authentic queer stories.”

Here’s everything you can look forward to with the latest Drag Race installment.

After launching on Logo in 2009, the show moved to and remained on VH1 since Season 9. For Season 15, however, Drag Race will now air on MTV, debuting on Friday, January 6 at 8 p.m. ET with a special two-part premiere featuring Ariana Grande as a guest judge. While the first part of the premiere will be commercial-free, the second will also only include limited commercials. The shift to MTV also kicks off an expansion into three new spin-offs in Brazil, Germany, and Mexico, as well as a new Global All Stars competition.

Meanwhile, the Emmy-winning after show, RuPaul’s Drag Race: Untucked, will also kick off on MTV immediately following the premiere, offering viewers a behind-the-scenes look at the backstage drama as the queens await their fate and see who will need to lip-sync for their life to avoid the week’s elimination.

Adding to Season 15’s novelty, the new cast includes the first-ever Miami queen to grace the Drag Race mainstage, as well as the competition’s first-ever identical twin contestants (who will vie for the crown separately). Here’s the full list of Season 15 queens and their hometowns:

During a recent interview on CBS Mornings, RuPaul called Season 15 “a blast” while praising the queens. “The kids on the show are so talented and so exciting... That’s what keeps the show so fresh, is that every season, we produce what we can and then we add the girls who have their own unique stories,” Mama Ru shared. “They’re so courageous. . . . They’re heroes to me because they come from varied backgrounds, a lot of strife, and here they are looking great.”

Also deciding who will stay, lip-sync for their life, or “sashay away” are returning judges Michelle Visage, Carson Kressley, and Ross Mathews, while Ts Madison has been promoted to a rotating member of the panel. Also joining Grande on the roster of other Season 15 celebrity guest judges are: Ali Wong, Amandla Stenberg, Harvey Guillén, Hayley Kiyoko, Janelle Monáe, Julia Garner, Maren Morris, Megan Stalter, and Orville Peck.

More like this
Here's Everyone Who Will Be Competing In 'Survivor' Season 44
By Brad Witter
Andy Cohen Apologized To Larsa Pippen After A 'RHOM' Season 5 Reunion Dust-Up
By Brad Witter
Zach Swears He Didn’t Look Up Contestants Before The Bachelor Began Filming
By Brad Witter
Everything To Know About A Potential 'RHODubai' Season 2
By Kadin Burnett and Brad Witter
Get Even More From Bustle — Sign Up For The Newsletter
From hair trends to relationship advice, our daily newsletter has everything you need to sound like a person who’s on TikTok, even if you aren’t.