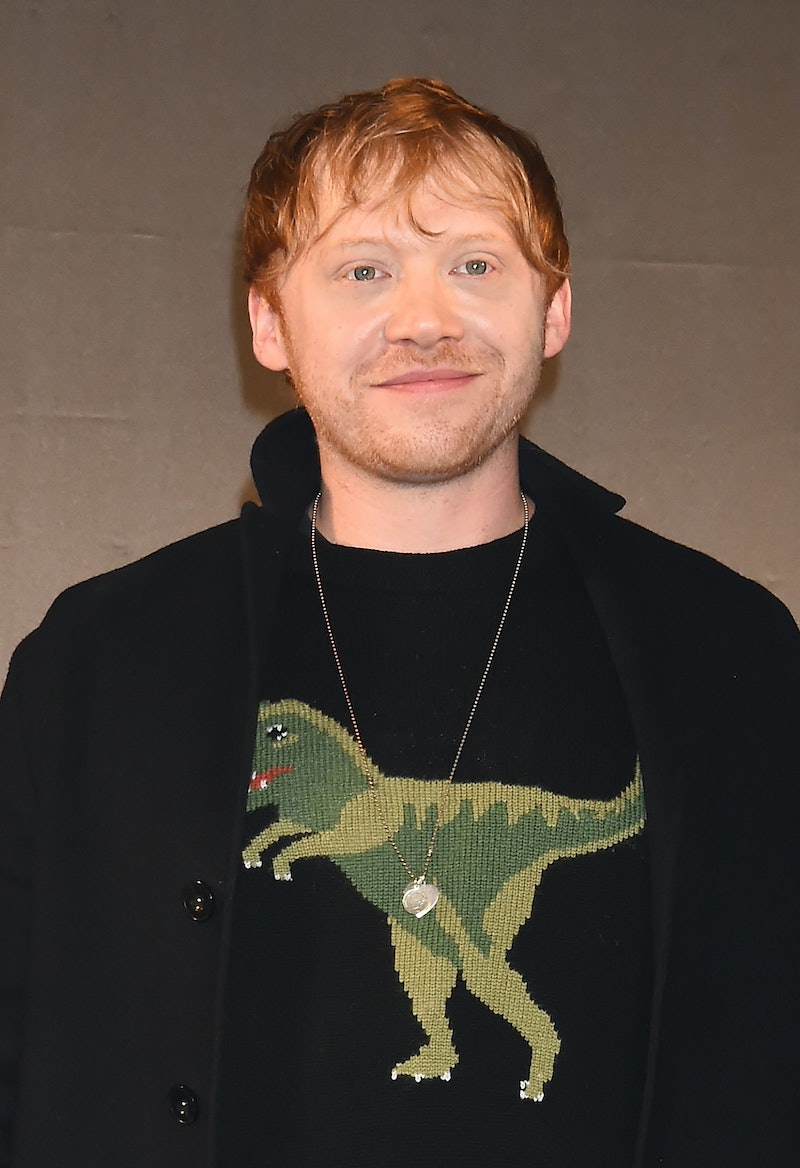 It may be one of the biggest movie franchises ever made but it seems there are still some people who haven't watched all of the Harry Potter movies — including one of the film's starring actors. In a recent interview, Rupert Grint admitted he has only watched three Harry Potter films, despite starring in them since he was 11 years old.

Rupert Grint, now 32, played the role of Ron Weasley in all eight Harry Potter movies, yet question is, how has the actor managed to avoid watching himself on screen for this long?

"I've probably seen the first three at the premieres, but after that I stopped watching them," said Grint in an interview with Variety.

This may be a shocking revelation for life-long Harry Potter fans, but Grint says he'd be open to watching the movies in the future, especially now he's become a dad. Grint and his partner Georgia Groome had their first child together, daughter Wednesday, last year, and he's convinced he will "probably have to watch them with her."

"There’s just so much to do with a baby. I had no idea," Grint said about fatherhood. "You never kind of get an hour until you’re in bed and then it’s still tricky because Wednesday has got some teeth coming through. So nights kind of can go either way."

He said something similar in an article for the Sunday Times back in January, writing: "After you become a parent there’s no sitting around doing nothing. And I love it. Playing with her, changing nappies, watching her smile." Speaking about sleep, he said: "Wednesday goes to bed at about eight and we aren’t far behind. In the past I used to lie there for hours worrying about life. Now all I worry about is whether I need a new drill or if it’s time to move up to regular-sized pottery."

The actor, who currently co-stars in the second season of Apple TV Plus series Servant, also shared his thoughts on the rumoured Harry Potter series being developed by HBO Max. Grint admitted it would be "weird" to see his character Ron revived for a new season.

"It’ll be weird if it was a continuation kind of thing," he explained to Variety. "I weirdly feel quite protective of that character. Even when I saw the stage shows, it was a very strange experience. … If it’s like a different group of friends, I guess it would be interesting."