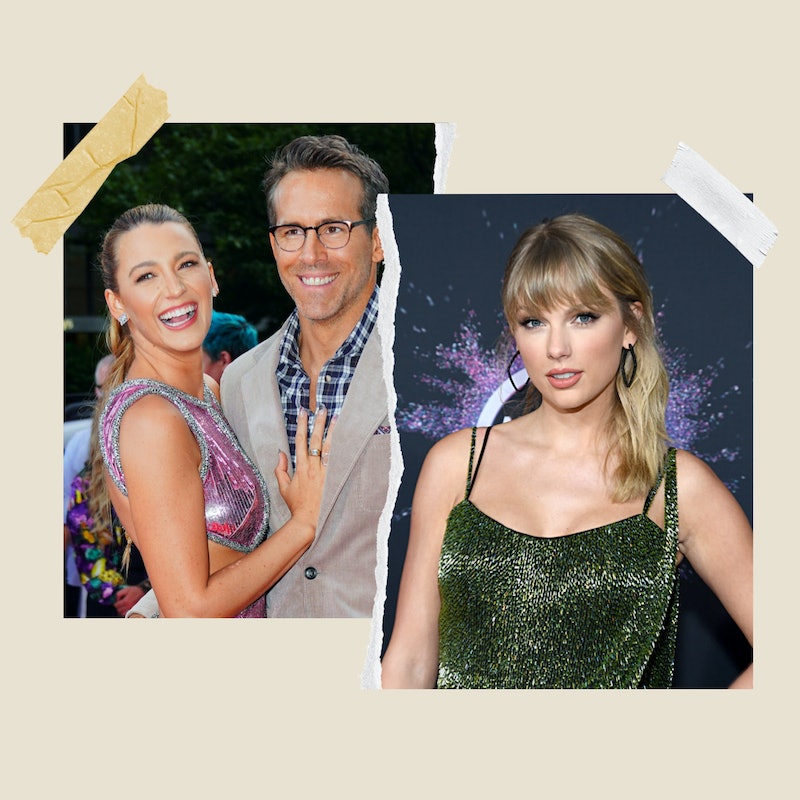 It’s been over a year since the release of Folklore, and Ryan Reynolds and Blake Lively still can’t believe Taylor Swift name-checked their kids on the album. During a recent SiriusXM interview, the Deadpool actor called it “an honor” that the characters in Swift’s song “Betty” were named after their three daughters: James, 6, Inez, 4, and Betty, 1. And although the lyrics have nothing to do with their kids and everything to do with a complicated high school romance, Reynolds said the track was a great way to share their youngest child’s name with the world.

“We thought it was pretty damn amazing. We still do,” Reynolds said, per the Daily Mail. “I still walk down the street and shake my head thinking, ‘I can’t believe that happened.’” Reynolds added that he and lively didn’t have any reservations about their daughter’s names being included in the song, mainly because Swift has been their good friend for many years and they trust her. “The names are the names of our kids,” the actor continued. “We trust [Taylor] implicitly. She’s very sensitive to any of that stuff.”

It wasn’t just Reynolds and Lively who thought the song was incredible; their daughters did, too. Reynolds revealed in the interview that his kids were shocked when they heard “Betty” for the first time. “We surprised them with it,” he said. “Yeah. They didn’t know. They had no idea.” As a general rule, Reynolds said that he and Lively limit what they share with their children. “We don’t tell them anything,” he said, joking that their daughters are “most compliant if you offer them no access to outside information.”

It’s worth noting that “Betty” isn’t the only Swift song that the famous duo’s children have been a part of. When Reputation was released in 2017, the couple’s eldest daughter was featured on the intro of “Gorgeous.” Not only was James credited for her contribution in the album booklet, but Reynolds and Lively attended Swift’s concert the following year and were filmed jumping up and down when the song started playing on the speakers of a packed stadium.

It’s been many years since Swift has gone on tour, but she appears to be just as close with Blake, Ryan, and their daughters, as ever. In January 2020, the Gossip Girl star told Jimmy Fallon that James is “buddies with Taylor Swift.” And after Folklore came out the following summer, Lively took to Instagram to share her thoughts about the album. “Can we all please crawl inside that piano with you and live in this album...” she wrote. “Like you, Folklore is full of heart, soul, humor, passion, intelligence, wit, whimsy, reality, imagination, strength, vulnerability, and above all things: Love.”