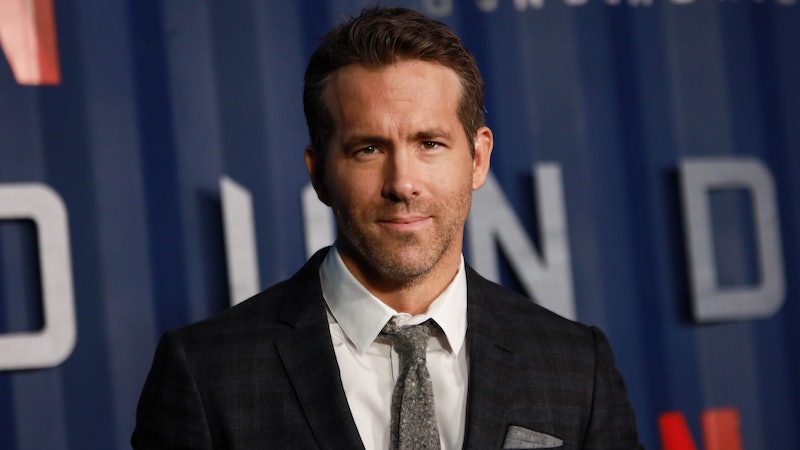 Step aside, Mother of Dragons. As it turns out, actors Ryan Reynolds and Emilia Clarke have the same birthday — but the Deadpool actor isn't keen on sharing it. Today, Oct. 23, Reynolds and The Game of Thrones star celebrate another trip around the sun. According to Reynolds, though, the day is feeling a bit cramped this year — so he made some adjustments.

It all started when Maximum Effort — Reynolds' production company — poked fun at its owner on Twitter and wished Clarke a happy birthday. In response, the actor tweeted, "So sorry. I moved her birthday this year. It was feeling a little crowded for me." Clarke, for her part, has not responded to the change of plans, but that might be because she's been busy jumping out of planes.

Earlier today, Clarke shared on Instagram that she celebrated her birthday by going skydiving. "What could match the profound existential terror of another birthday?" she wrote alongside a series of photos that showed her checking into Hinton Skydiving Centre in England and wearing a full set of gear. "Jumping out of a goddamn plane is what," she added.

There's no telling if Reynolds also has plans to propel himself out of a plane today, but the sarcastic tweet comes after the Canadian actor revealed that he recently voted in his very first American election ahead of the presidential election on Nov. 3. Both Reynolds and wife Blake Lively documented the milestone with the same photos on their respective Instagram accounts. "This is my first time voting in America," Reynolds captioned his post. "I'd like to thank my wife Blake for making my first time so gentle and loving. It was super scary at first, then exciting and now I'm a little tired. But proud."

Lively echoed that it was Reynolds' "first time" in her own Instagram post. "He was understandably scared," she wrote. "It all happened so fast. Like, REALLY fast. He wept. I pretended to weep."

Last October, Lively paid homage to her husband on his birthday with an Instagram photo of her picking Reynolds' nose. "I picked a good one," she wrote in the caption. "Happy birthday @vancityreynolds." As for Lively's potential homage this year around, perhaps a tribute to Clarke would suffice.