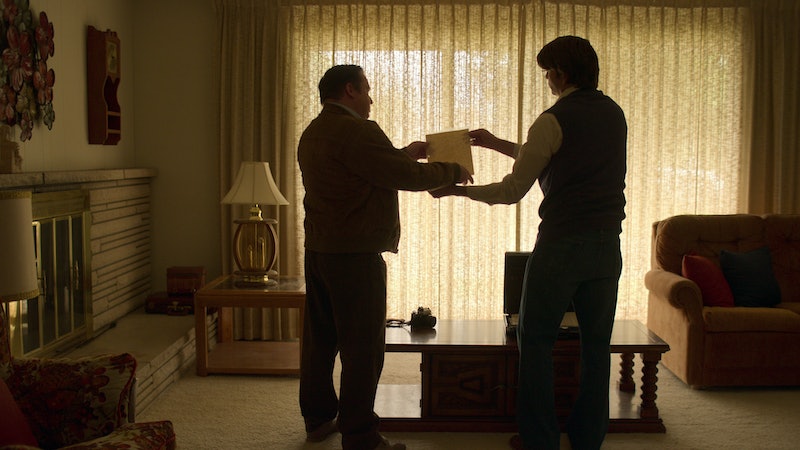 Netflix's new docuseries Murder Among the Mormons explores the infamous Salt Lake City bombings that left two people dead in 1985. But behind the case is a much larger story about deception and fraud that all ties back to a Mormon Church document known as the Salamander Letter.

According to Mormon mythology, Church of the Latter-day Saints founder Joseph Smith was visited on Sept. 21, 1823 by the angel Moroni, who told him about a set of gold plates buried near his house. Smith is said to have translated these plates into what we now know as the Book of Mormon after being visited by Moroni multiple times over the next few years.

The “White Salamander” letter changed this. Discovered in the mid-1980s, the letter was purportedly written by Martin Harris, the scribe of Joseph Smith and an important figure in early Mormonism. He addressed it to another early convert to the religion and claimed that Smith had told him the story about the gold plates, only instead of an angel it was "an old spirit" in the form of a white salamander who helped him discover them.

This marked a small but pivotal change to Mormon history that contradicted not only the church’s version of events but the very foundation of the Church of Jesus Christ of Latter-day Saints. As Richard E. Turley Jr., a former assistant church historian, details in Murder Among the Mormons, the letter "gave a far different story of the church's earliest roots," taking the "context of Christian-familiar terms like 'angels' and [twisting] them towards a kind of folk magic context” — an image the church wanted to avoid at all costs.

The letter was immediately controversial. It was authenticated and accepted by some experts, rejected by others, and begrudgingly acknowledged by the church, who said that while it had been verified by the scientific evaluations of the examiners, it may still have been a forgery from the time period it was supposedly created as an attempt to hurt the church.

Eventually, the letter was indeed revealed to be a forgery by a man named Mark Hofmann, who was creating and selling forged documents to help pay off his massive personal debt. It was Hofmann who carried out the Salt Lake City bombings in an attempt to cover up his deceit. He confessed after being hospitalized for injuries sustained by another of his bombs, ultimately tipping off authorities to his involvement in the crimes. He pleaded guilty to two counts of murder and two counts of theft by deception — but not before providing the church with more than 48 documents he'd "unearthed" and earning thousands of dollars for his forgeries.

More like this
'The Crown' Season 6 Has Suspended Filming "Out Of Respect" For The Queen's Death
By Bustle Staff
Here’s Everything Coming To & Leaving Netflix In February
By Jake Viswanath
Ozzie’s Coming Out Scene With Kitty On 'That ’90s Show' Has Twitter Sobbing
By Brad Witter
At 28, Debra Jo Rupp Was Living A Much Different '70s Show
By Grace Wehniainen
Get Even More From Bustle — Sign Up For The Newsletter