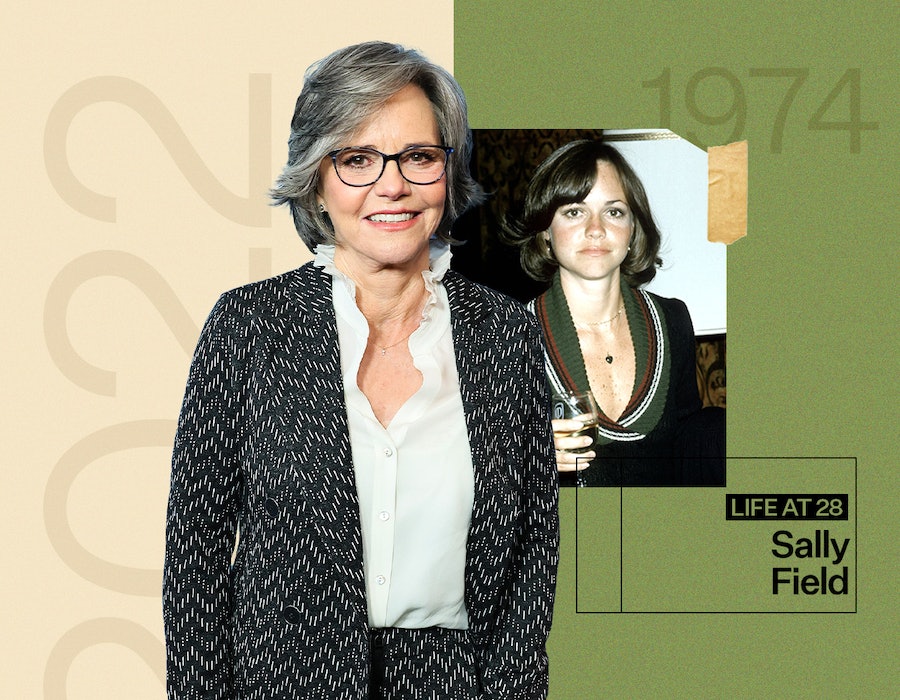 The year was was 1974, and Sally Field was at a crossroads. She had cut her teeth in television, cultivating a girl-next-door persona in sitcoms like Gidget and The Flying Nun, but she was eager to branch out. “When I was 28, it was the beginning of my transition into film. I had worked really hard to try to make that transition,” Field, 76, tells Bustle. “Nowadays, there is no transition. They’ve learned that people who are successful in [TV] can be successful [movies]. But in those days, if you were were in situation comedy, you died in situation comedy.”

By her 30s, Field had definitively left situation comedy behind. In 1979, she won an Oscar for her work on Norma Rae and followed it up with a second Oscar for Places in the Heart five years later. But it was the hard work she put in during her time of transition that charted her course to becoming an award-winning actor, and one role in particular would help her forever shed her public perception as a sitcom sweetheart: Sybil.

If the flying nun can transform herself into a shy graduate student with dissociative identity disorder and win critical acclaim and an Emmy in the process, Field has no doubt you can surmount any of your career hurdles, too. “If there’s a job that you really want — because you know that’s going to catapult you to the next place that you need to be in the craft — but the people around you are jerks or something, sometimes you need to swallow that for a moment to get to your work,” says Field, who currently stars in the romantic drama Spoiler Alert. “Focus on your work; you will leave them behind at one point and look back on them and go, ‘Too bad for you!’”

Below, Field reflects on working with Arnold Schwarzenegger, drinking wine with her puppy, and leaving The Flying Nun behind.

I had two little boys and I wasn’t married. That was basically my life, trying to take care of these two boys and be the breadwinner. Luckily I had the most fabulous mother who helped take care of my boys while I went off to work, because I never had enough money [for child care].

How were you feeling about your life and career?

When I was doing The Flying Nun, it was hugely difficult for me because I didn’t want to be doing it. I know you’ve read about all the upheaval that was going on in the country at that time with my generation. Everyone was running around naked, eating granola, and doing God knows what, but they were protesting. They were aware of the world. They didn’t want to be part of the establishment. The world was changing because my generation was screaming and pushing at it. But I was stuck doing The Flying Nun. I was a joke.

I was so depressed and actually had one episode where I just couldn’t go on. Madeleine Sherwood, who played Mother Superior, pulled me in the corner and she stuffed something in my hand. She said, “There’s an address there. It’s The Actors Studio. This Tuesday night, 8 o’clock, be there.” I wasn’t sure if I was repelled or flattered, but I did go there, she did meet me, and it changed my life. I met Lee Strasberg and I began my work with him. That went on pretty consistently for almost 10 years.

What was it about The Actors Studio that made such a colossal impact on you?

The Flying Nun had stopped, and I couldn’t even get an audition. So during that time, I studied with Lee relentlessly, and slowly something started to break down. A little film called Stay Hungry that Bob Rafelson directed [and starred] Jeff Bridges and Arnold Schwarzenegger was the first audition I got. I could hear Bob Rafelson in the other room screaming and yelling at the casting person that they had wasted his time by letting me into the audition. But by then I knew how to fuel that anger and use it, and not let it distract me, ruin me, or get angry.

Bob Rafelson called me after I read the first time and said, “Well, you were the best one we read so far, but that has to be because you’ve done more auditions than anybody else.” I said, “You know what? I’ve done one audition in my life before this, and that was for Gidget.” So there was a constant need on Bob Rafelson’s part [to reconcile] how he could he be hiring the “flying nun” for this really quirky little independent film. I had to constantly take that disregard, but that’s OK. I hadn’t earned the right to own a spot. I wasn’t in yet.

If someone’s screaming about you in the other room, how do you stay confident and persevere? What advice would you give to a 28-year-old in a similar situation?

If you’re a 28-year-old woman, and you want an opportunity for something other than a date, my feeling is that the only thing you can focus on is the work right in front of you. Being charming, pretty, nice, or any of that is better than a sharp stick in the eye. But it really is about the work. And if they’re hiring you for something other than the work, you don’t want to be there.

I wish I’d known my real father more, but I didn’t have the ability to do that when I was 28. I think as you’re approaching these big numbers that I am in my life, as I’m 76, you can look back and feel, “I wish I could have done that. I wish I could have known my father.” But you have to forgive yourself, too, because when I was 28, I was so busy trying to move forward with the work that I wanted to do and the two children to take care of. So, I forgive myself.

Hell’s bells, I wish I’d learned how to play the piano, too, or speak French. But I can tell you this, I love the fact that one of my granddaughters speaks fluent French. I’m living through her. I love the fact that my oldest grandson is now phenomenal on the piano. I go, “Oh, my God, I feel like it’s happening to me!”

Has there been a moment in your life or career where you felt like you’ve made it?

There’ll be some days, when I’m having my glass of wine with my puppy, and I realized that all three of my sons called me during that day with something they wanted to talk to me about. A problem they wanted to discuss, or they wanted to rant and rave about something, and I was there with them for some part of it. At the end of those days, I hope my sons, or even my grandchildren, conquer whatever was making them stressed out. But ultimately [being there for them] feels like achievement to me.

More like this
At 28, Rosie Perez Risked Her Career To Stop Playing Stereotypes
By Gabrielle Bondi
At 28, Debra Jo Rupp Was Living A Much Different '70s Show
By Grace Wehniainen
Twitter Is Identifying With Sally Field & Jane Fonda’s Friendship In New Viral Video
By Jake Viswanath
Here’s Everything Coming To & Leaving Netflix In February
By Jake Viswanath
Get Even More From Bustle — Sign Up For The Newsletter
From hair trends to relationship advice, our daily newsletter has everything you need to sound like a person who’s on TikTok, even if you aren’t.