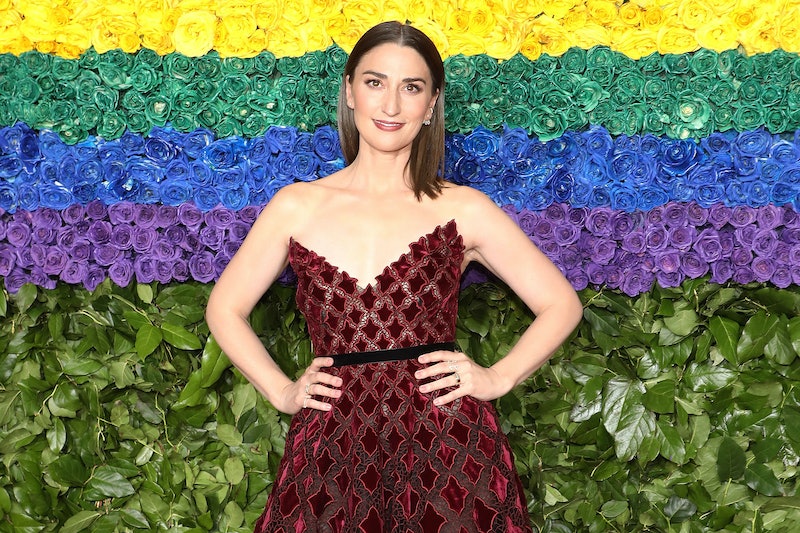 Sara Bareilles is not going to write you a love song, but she will give you something new to watch in the near future. Sara Bareilles and Tina Fey are teaming up for a musical comedy series that will stream on Peacock, NBCUniversal's new streaming platform. As announced on Monday, Aug. 10, Fey will produce the new show, Girls5eva, which focuses on a '90s one-hit-wonder girl group that receives a surprising second chance at stardom.

Bareilles will star as Dawn, who, as described by Variety, is a former member of Girls5eva who now runs her family's small Italian restaurant in Queens, but is feeling a little bit restless with life. When the group's signature hit unexpectedly gets sampled by a popular young rapper, Dawn feels inspired to get the band back together (albeit with some hesitation) and make one more attempt to fulfill their formerly dashed musical dreams.

As the show's official plot summary reads, as per The Hollywood Reporter, "They may be grown women balancing spouses, kids, jobs, debt, aging parents and shoulder pain, but can't they also be Girls5eva?" Fey will executive produce the series alongside Robert Carlock and Meredith Scardino, who also serves as the show's writer. No other casting info has been announced as of yet.

“It is a pinch me moment to get to cross paths creatively with women like Meredith Scardino and Tina Fey, who I have been a fan of forever,” Bareilles said in a statement to Variety. “I am a longtime admirer of so many of the characters they have brought to life in other projects, and I am already in love with the women at the center of Girls5eva. I am so excited to help bring to life what I know will be a smart, creative, hilarious show with a lot of heart.”

The project will mark Bareilles' TV sitcom debut, following her turn as Mary Magdalene in NBC's live musical special, Jesus Christ Superstar: Live In Concert. While this will be her first time acting onscreen, she has some experience on stage and behind the camera. The singer wrote original music for the Apple TV+ series Little Voice, on which she is also an executive producer. She also wrote the music and lyrics for the hit Broadway musical Waitress, and even starred as the show's lead, Jenna Hunterson, on occasion during the show's four-year run. Perhaps Girls5eva will also be adapted into a Broadway musical? Bareilles seems to have a knack for them.