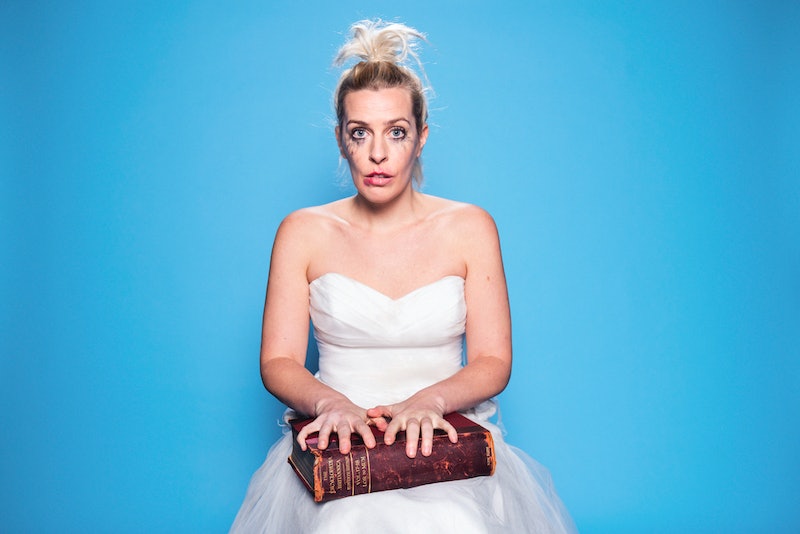 BBC's new six-part comedy Out of Her Mind follows Sara Pascoe as she plays a version of herself navigating the highs and lows of family, relationships, heartbreak and the science of it all. Its tone is pretty in line with Pascoe's brand of personal comedy, but is Out of Her Mind based on a true story?

Described by the Beeb as a show that "explores heartbreak, family, and how to survive them," Pascoe uses personal comedy to try and prove "that romantic love is mere chemicals and conditioning and doesn't deserve our respect." As the comedian tells the Independent, her on-screen self is "'100 per cent' true to life", while Fiona Button, Cariad Lloyd, and Juliet Stevenson play fictional versions of those closest to Pascoe (her sister, best friend, and mum).

"The show is a full-hearted, full-brained approach to narrative comedy with characters that are full of life (apart from one ghost)," the broadcaster told Radio Times, and that last character is actually the ghost of her teenage termination played by GoT's Jack Gleeson. Per the Independent, Pascoe has long wanted to tackle the complex topic of abortion in her comedy — something she describes as "a raw thing, but not a tragic thing." However, she felt stand up didn't provide "the three dimensional model" she needed to properly explore the issue.

Out of Her Mind gave Pascoe the opportunity to delve even deeper into her personal experiences than she has in her stand-up and books. "The reason you say the thing aloud is because actually, what you're trying to show is correlation," the comedian explained to the Independent. "It's a social thing. It's not like writing a diary, it's the act of recognition where you go, 'Hey, I feel vulnerable about these things and here's a flippant joke' and people laugh because they go, 'Yeah, we all feel vulnerable sometimes." As any Zoom gig will teach you, it doesn't work to do it by yourself."