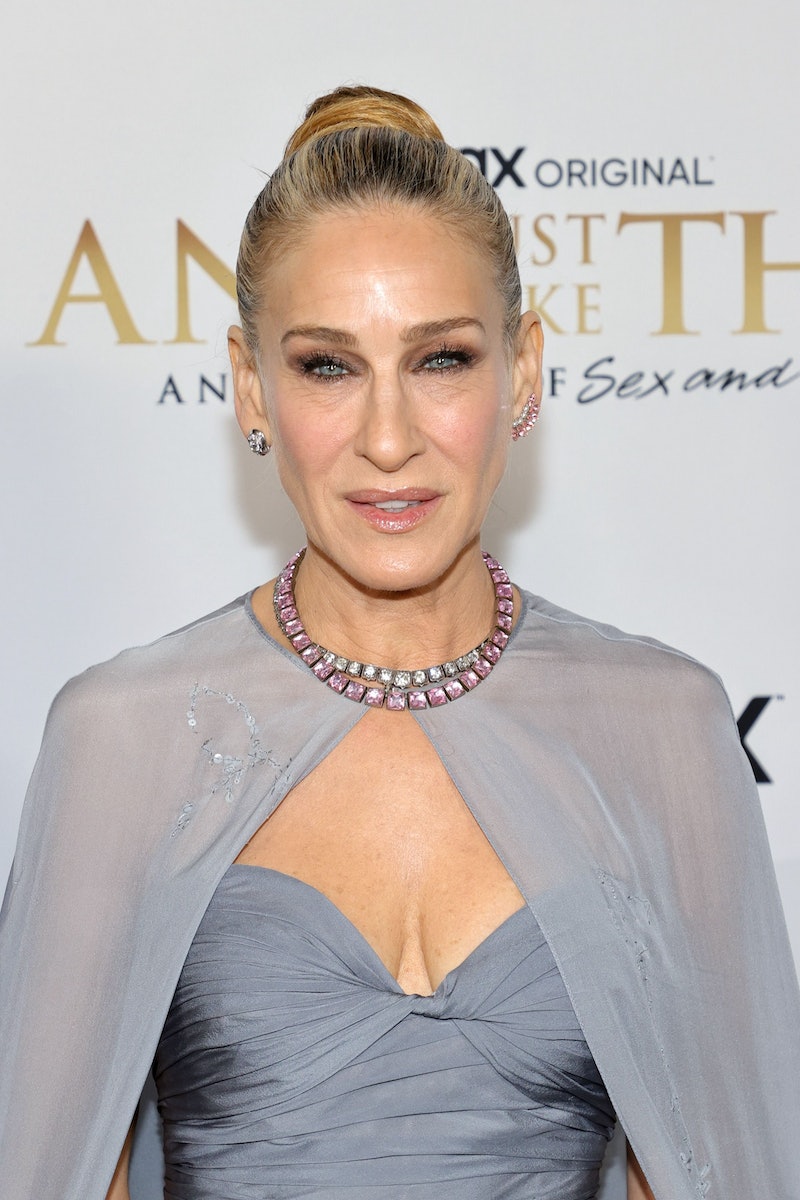 Dining al fresco with pal Andy Cohen in New York City last July, Sarah Jessica Parker made headlines when photos of her gray hair at the lunch quickly went viral. Though the Bravo executive sported a full head of grays, Parker’s natural roots sparked widespread chatter, as many debated the double standards of aging between men and women, particularly in Hollywood. Fans applauded the 57-year-old And Just Like That... star for embracing her natural hue, but she didn’t exactly enjoy all the attention — especially because her herringbone highlights were just bleached out from the summer sun at the time.

“It became months and months of conversation about how brave I am for having gray hair,” Parker told Allure on June 23, noting that it’s simply “too much” to spend time getting her hair colored every two weeks. “I was like, please please applaud someone else’s courage on something!”

Noting that the rest of the world thinks about her appearance more than she does, the two-time Emmy winner added that she has one goal when she walks out the door: “I want to feel OK — according to my standards. I can’t even tell you what those standards are. But you know how you feel when you feel most like yourself, whatever that means. I’m not without vanity. I guess I just don’t care enough about everybody else’s opinion.”

The actor also previously addressed the double standard in the public’s reaction to the photos of her lunch with Cohen. “There’s so much misogynist chatter in response to us that would never. Happen. About. A. Man,” she said in a December 2021 Vogue cover story. “‘Gray hair, gray hair, gray hair. Does she have gray hair?’ I’m sitting with Andy Cohen, and he has a full head of gray hair, and he’s exquisite. Why is it OK for him?”

Adding that it “almost feels as if people don’t want us to be perfectly OK with where we are ... whether we choose to age naturally and not look perfect, or whether you do something if that makes you feel better,” Parker concluded, “I know what I look like. I have no choice. What am I going to do about it? Stop aging? Disappear?” Meanwhile, her colorist, Gina Gilbert, told the magazine that Parker likes “the gray to blend in with her blond” and usually leaves two-and-a-half months between appointments.

Cohen, for his part, echoed his longtime friend’s comments during a November interview on The Drew Barrymore Show, noting that his own hair is actually white. “She’s sitting next to me... and all the articles [are] ‘Sarah Jessica Parker, she’s going gray, she looks old.’ It was insanity. People just missed the mark totally,” the Watch What Happens Live With Andy Cohen host, 54, told Barrymore. “It was misogynistic, and she was so right.”