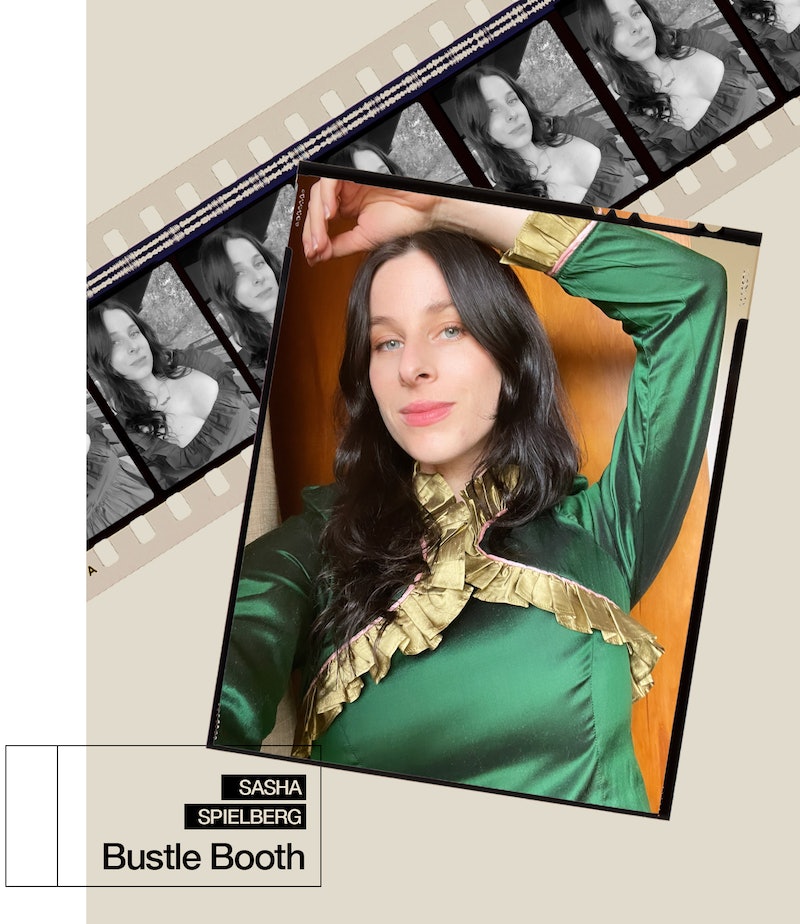 Growing up, it was Sasha Spielberg's dream to compete on American Juniors, the short-lived children's spinoff of American Idol. She'd sit in the bathroom practicing Mariah Carey's "Vision of Love," desperately trying to convince her parents to let her audition. "I was like, 'Guys, this is it. I beg, beg, beg [of you], let me go on American Juniors," says Spielberg, who now performs under the name Buzzy Lee. "Then in seventh grade I decided to try out my audition [for the show] at the school talent show. I sang 'Amazing Grace' with a friend and I had never been more nervous in my entire life. My voice was shaking the entire time."

While they walked away with third place, Spielberg also left with a newly developed case of stage fright. She spent the rest of her adolescent years taking on small comedic roles in school musicals, including a turn as a villainous boyfriend in Bat Boy: The Musical, which required her to "wear a low ponytail, a mustache, and rap." Spielberg preferred to be a part of an ensemble rather than attempt a solo.

For the majority of her professional music career, Spielberg's been just as content to perform with a group, be it Wardell or Just Friends. "I was living with my ex who's a musician. He was like, 'You need to be able to play a song that you've written start to finish or else you're not a musician,'" Spielberg, 30, says of the early origins of her solo work. "So I really devoted myself to finishing all the voice memos that I had ever started, and that's how my first EP, Facepaint, came about."

Now Spielberg is back with her debut full-length album, Spoiled Love. Written over the course of three seasons and two different breakups, the album is a quiet, mournful meditation on trauma bonding, anxiety, and the addictive nature of romance. "I had a four-year, tumultuous relationship with someone where we were both addicted to the highs and lows. Then I met this guy who made me laugh and it was this kick of serotonin that was like crack to me, but neither of us were in the right place to be in a relationship," she says. "Writing [about it in] the album was really cathartic. It's a very 'diary entry' type of record, the songs state exactly what I was feeling in the moment I wrote them."

Though she lays herself bare on each of Spoiled Love's 9 tracks, the songs' solemnity is very much at odds with the screwball Spielberg fans have come to know from her Instagram, where she routinely posts videos in character as "Gearhead" (a young Australian artist obsessed with musical equipment), sings excerpts from her adolescent diary, and shares photos from her awkward adolescence. Even her closest of friends were taken aback by the intimate and intense nature of the album.

"I had someone say to me, 'I can't wait until you start writing songs that are more you and bubbly,'" she recalls. "But when I sit down at a piano and get to really be with myself, what comes out usually is a bit more sullen. It feels so me, even though it's a complete contrast from my personality." Who can't appreciate a girl who can do both?

Get to know more about Spielberg — including her love of painting watercolor portraits of pets — in her Bustle Booth questionnaire below.

“Rosebud” jk no one says that: “Plastics.”

Currently desperately seeking recommendations. If you asked two-three months ago it would have been Mad Men and Below Deck Med

Who is her father?

More like this
Hailee Kaleem Wright's Topsy-Turvy Path From MTV To Broadway
By Samantha Leach
'That '90s Show' Star Callie Haverda Got Advice From Mila Kunis & Ashton Kutcher
By Brad Witter
Harry Styles Is Performing At The 2023 Grammy Awards
By Jake Viswanath
Brad Pitt Wants To Share The Spotlight With This Celeb In Shania Twain’s “That Don't Impress Me Much”
By Alyssa Lapid
Get Even More From Bustle — Sign Up For The Newsletter
From hair trends to relationship advice, our daily newsletter has everything you need to sound like a person who’s on TikTok, even if you aren’t.