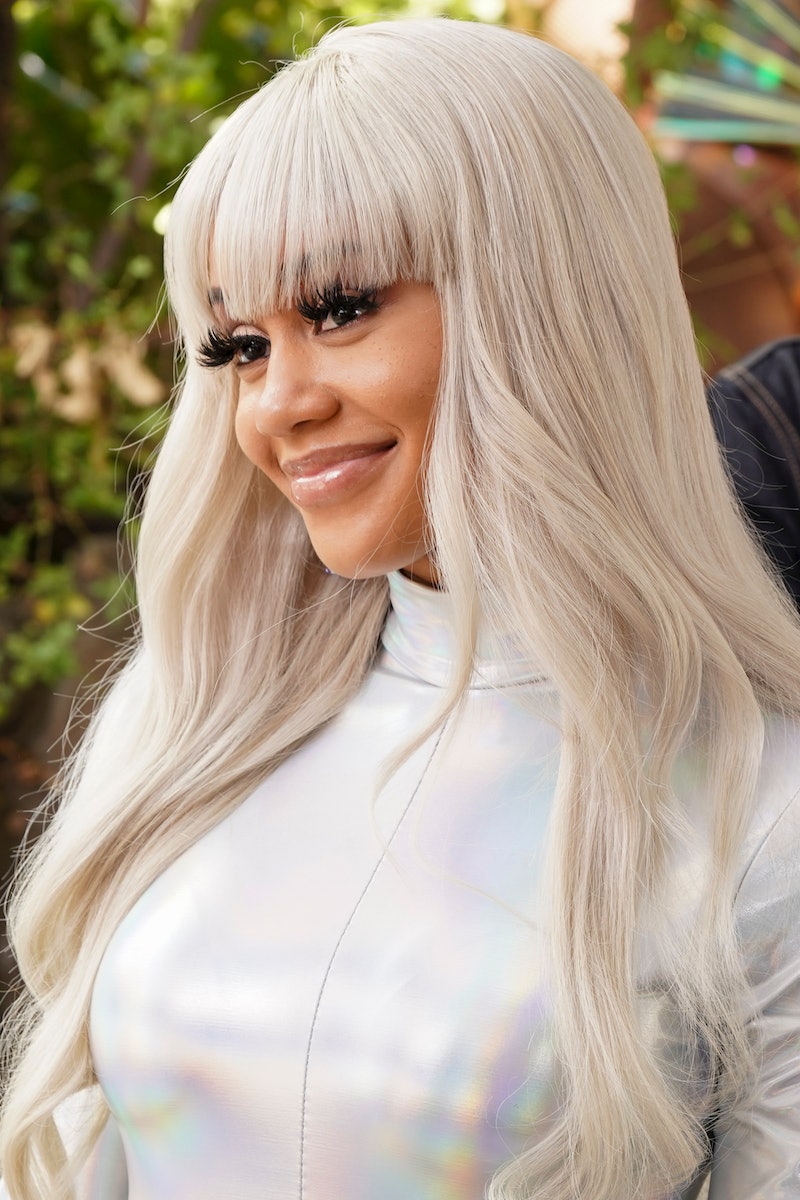 Following her decision to drop out of CalU, Zoey officially has her second client on grown-ish: a rapper named Indigo, played by Saweetie. She's introduced in the Season 3B premiere on the set of her Miami music video shoot, where she literally asks Zoey for the clothes off her back because it's "hot as fish grease" outside. "It's not that I don't like her, it's just like she's a lot," Zoey later tells viewers of her new client.

She's not just a thorn in Zoey's side, though; after Zoey confides in Indigo about the fact that she can't stop thinking about her kiss with Aaron, Indigo offers some sage advice. "Take control of the situation and tell him how you feel. Get on your boss shit," she says. And it seems like that dynamic will continue throughout the season.

"I think much of that relationship is really about Zoey coming into her own," actor Yara Shahidi, who plays Zoey, recently told Complex of Indigo. "I think Saweetie, in such fun ways, is able to continue to help push Zoey in unsuspecting ways to feel confident in her decisions."

Shahidi added that off-screen, Saweetie has "that confidence and that swagger you literally can't replicate." Coupled with her experience as a multi-hyphenate businesswoman, college grad, and successful musician, that ultimately made her a perfect addition to the cast. "That comes through even in her character," Shahidi said. "You may meet her briefly, but you can't name her character, Indigo, as one thing."

Though Saweetie thinks her personality is completely different than her character's, she equally enjoyed working with Shahidi. "I found when I was just in my vibe, in my moment with Yara, that's when the best scenes would come," the "My Type" rapper told Complex in a separate interview. "She's like my little sister. She's like, I just want to squeeze her cheeks and give her a hug. She's so precious and cute, and I know she's grown, but she's still like a baby girl to me. She was so helpful, great energy, and I love working with her. A lot of people will see this on the show, but a lot of our scenes were one-on-one, so it's very intimate."