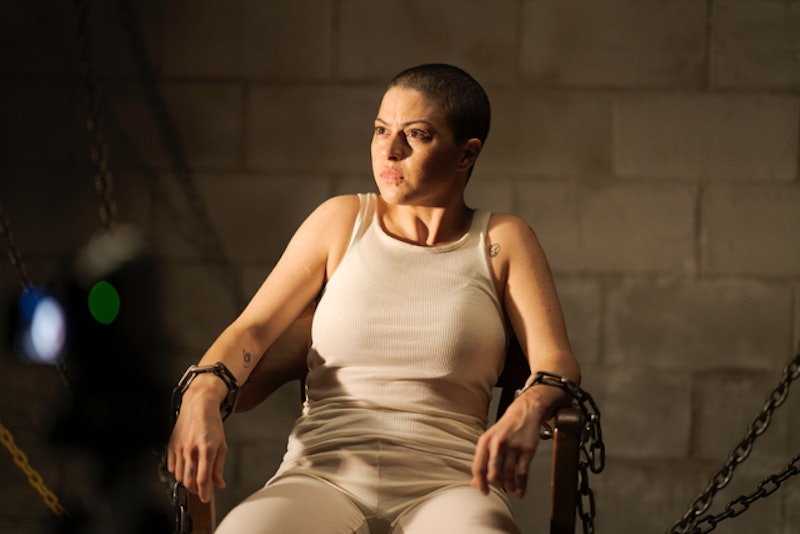 Update: HBO Max has renewed Search Party for Season 5. "When we first started writing the fourth season, we were holding space for it to possibly be a series finale, but .... we realized that there was something really interesting about Dory dying but it being more of a near death experience and what we could say with that,” series co-creator Charles Rogers told Deadline. "The most fun thing to tease about next season is that Dory is now enlightened. What could go wrong?"

Co-creator Sarah-Violet Bliss also said Dory is "looking for redemption," while Rogers added Season 5 will be "scarier" than ever before. A premiere date has not yet been announced.

Earlier: As Search Party Season 4 comes to a horrifying end that somehow tops the absurdity of Season 3, fans are flocking to co-creator Charles Rogers to plead for more episodes. "Please tell me Seasons 5&6 are coming," one wrote under his Jan. 25 Instagram post. "When's season FIVE?" another asked. A craving for more murderous millennial chaos with Dory, Portia, Drew, and Elliott is clearly present, but some vague wording on Rogers' part has fans worried that their story will be cut short.

"It’s almost Aunt Lylah time!" he wrote under a selfie with Susan Sarandon, who guest starred as Dory's kidnapper Chip's rich aunt. "The final chunk of @searchpartymax episodes arrives this Thursday!" As you could probably imagine, the word "final" sent some into a tailspin. "WAIT NO THATS IT?" one viewer commented. "Like final 'final' chunk?" another asked. So far, Charles has left them hanging with no clear answer. But we can hope that he meant to write "final chunk... of the season."

In 2019, Warner Media picked up the show's third season — moving it from TBS to HBO Max — and promptly renewed it for a fourth. As of right now, the network has yet to officially greenlight a Season 5, and because the relationship is still relatively new, there's no telling what could happen next.

Until more information is available, to soothe anticipation-related anxiety, Search Party fans can at least dive into the show's hilarious companion podcast hosted by comedian Bowen Yang. So far, there are only 11 podcast episodes, but there could — and hopefully there will — be more.

More like this
Everything To Know About 'The White Lotus' Season 3
By Grace Wehniainen
'The White Lotus' Costume Designer Explains That Accidental 'Princess Diaries' Moment
By Grace Wehniainen
The 'Love, Lizzo' Harry Styles Scene Is Just 1 Moment That Made Fans Feel Seen
By Brad Witter
Netflix Bumped Up The 'You' Season 4 Premiere Date — Here's What To Expect
By Bustle Editors
Get Even More From Bustle — Sign Up For The Newsletter

This article was originally published on Jan. 28, 2021