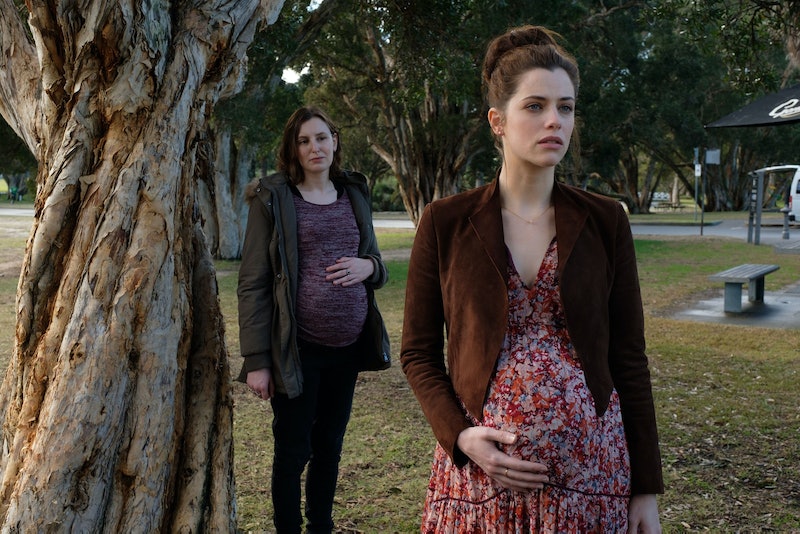 Australian psychological thrillerThe Secrets She Keeps centres around the intertwined and complex lives of two pregnant women from vastly different backgrounds. Starring Downton Abbey's Laura Carmichael and The Crown's Jessica De Gouw, the six-part drama recently made its UK debut after being acquired by the BBC earlier in the year. But will The Secrets She Keeps return for series 2? Here's everything we know so far.

As it stands, there has been no announcement in regards to a second season, and because the drama is inspired by true events and based on Michael Robotham’s 2017 novel, a continuation of the story is perhaps unlikely.

I have reached out to the drama's production company for comment, and will update with any new information the minute it becomes available.

The show's first season currently airs on BBC One, and follows the story of struggling supermarket worker Agatha and middle-class mummy blogger Meghan — both of whom are pregnant and share the same due date, which becomes the foundation of their unexpected bond. However, the women hail from two completely different backgrounds, and both harbour explosive secrets which threaten to destroy everything they value in life.

As mentioned previously, the series is adapted from Michael Robotham’s acclaimed novel of the same name, and inspired by the real-life kidnapping of Abbie Sundgren, which occurred at Nottingham’s Queen's Medical Centre in 1994.

As the Radio Times reports, the cast of the drama includes Downton Abbey's Laura Carmichael as Agatha Fyfle, The Crown's Jessica de Gouw as Meghan Shaughnessy, and All Mankind's Michael Dorman, among others.

The Secrets She Keeps airs weekly on Monday and Tuesday evenings at 9 p.m. on BBC One, with the final episode scheduled to air on Tuesday, July 21. Alternatively, you can stream the full series in its entirety on BBC iPlayer.