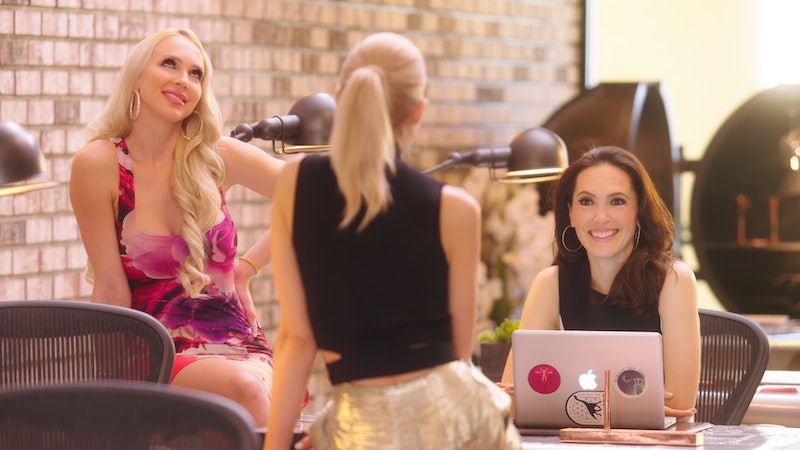 Earlier: At this point, the return of Selling Sunset for Season 4 seems inevitable, given the show's success and Netflix's recent renewal of the show for Seasons 2 and 3. The real concern, per series star Christine Quinn, is whether or not coronavirus will delay filming.

In an interview with Grazia, Quinn spoke confidently of a renewal, though it hasn't been made official just yet. "Unfortunately it has been affected [by coronavirus]," she said. "So usually we get picked up after the show airs, you know, we'll hear some information, some rumblings. With Season 2 being in the Top 10 [on Netflix], I think we're definitely going to get picked up. But everything has been setback due to COVID. We’re going to shoot next year, now, I'm hearing. We have such a big production, there's so many people on our crew. I don't think we'd be filming this year."

In response to the pandemic, the majority of Netflix original projects that were in production came to a halt in mid-March, and there are general concerns that, if filming doesn't resume soon, there will be a shortage of content for Netflix subscribers by next year. But Netflix is confident that they'll be able to keep viewers entertained. ‌

“For 2021, based on our current plan, we expect the paused productions will lead to a more second half weighted content slate in terms of our big titles, although we anticipate the total number of originals for the full year will still be higher than 2020,” the streamer said in a statement, per CNBC. On July 16, per Deadline, Netflix co-CEO Ted Sarandos said when regular production does resume, safety protocols will likely remain in place, adding that pre-production on certain projects is already "ramping up."