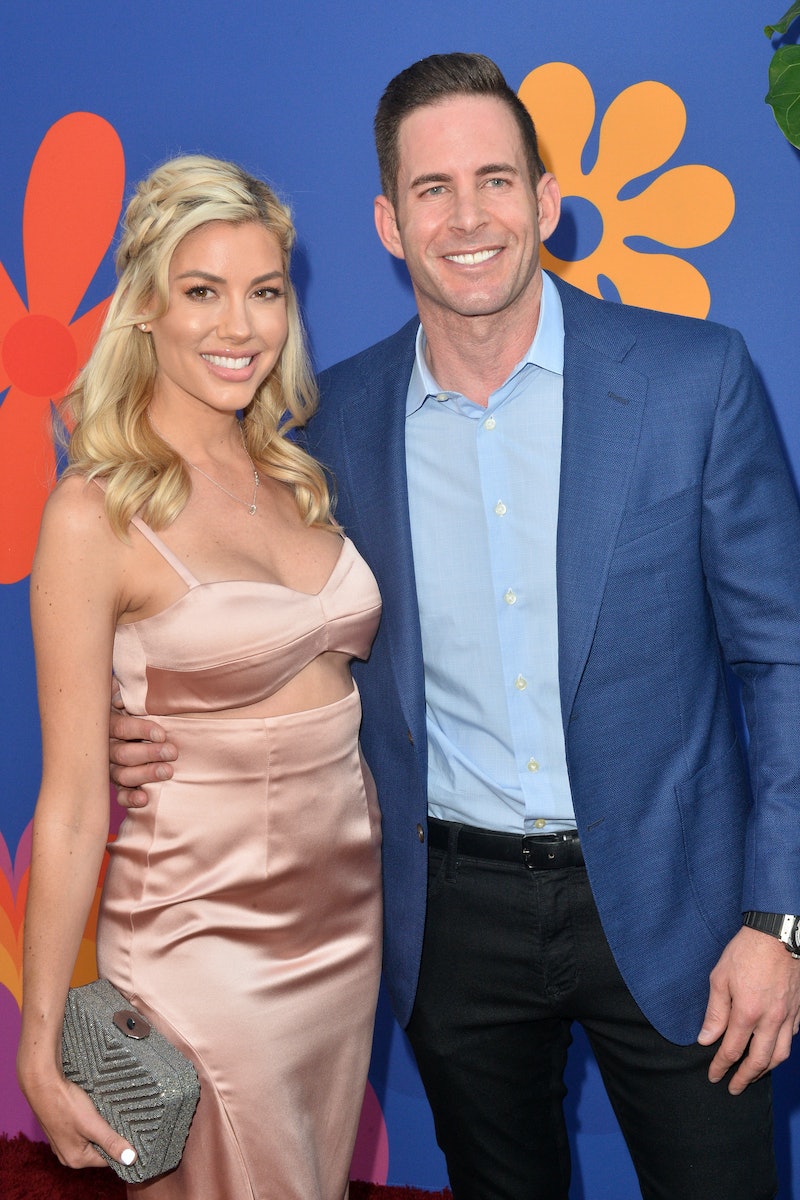 The Flip or Flop star shared a photo, by Duke Images, of him putting the ring on Heather's finger, revealing that he had popped the question on their one-year anniversary and "she said yes!" He also added that he'd be "flipping her last name." Young reposted the engagement photo on her own page, and confirmed the news of her impending name change, captioning the photo, "The Future Mrs. Tarek El Moussa!!!"

The couple has been dating since Fourth of July in 2019, when they met via mutual friends while boating on the holiday in Newport Beach, California, and they moved in together only a week after their first date. Their relationship comes after El Moussa went through a public divorce with his Flip or Flop co-star Christina Anstead, which was finalized in January 2018. "I feel really, really lucky to have met her," he told E!'s Daily Pop back in August 2019. "We have so many things in common. I really admire her work ethic and her heart. It's been a long time since I've started falling in love."

El Moussa popped the question after a trip on his boat, named Bad Decisions, to Catalina Island for their one-year anniversary. The island is a "special place" for the couple, according to El Moussa, who told People that they "love to be on the boat together." On land, Young was reportedly led down a beach trail, which included a floral arrangement using 5,000 of her favorite flowers. At the end, her now-fiancé was waiting to ask her hand in marriage.

He proposed with an eight-caret, emerald-cut diamond engagement ring, which, in addition to being super flashy, also carries a more special meaning for him. "The diamond is perfect all the way around, just like Heather," he told People. "I also picked this ring because 8 is a lucky number.” According to the happy couple, everything was a complete surprise to Young, who thought that they were simply going to Catalina "for a little vacation" to celebrate their anniversary.

Given that Season 3 of Selling Sunset premieres next Friday, Aug. 7, fans likely won't see Heather's engagement play out on the show — at least not yet. But if it gets renewed for a fourth season, then fingers crossed that fans will perhaps see their wedding onscreen.

More like this
'Bling Empire: New York' Star Nam Laks Is The “Blair Waldorf Of Thailand”
By Alyssa Lapid
Blake Abbie Was In A 'Boys Over Flowers' Reboot Before 'Bling Empire: New York'
By Alyssa Lapid
Vanessa Bauer Is Reportedly Dating Her 'Dancing On Ice' Partner
By Darshita Goyal
RHOP’s Robyn Dixon Explained Why Juan Paid For Another Woman's Hotel Room
By Brad Witter
Get Even More From Bustle — Sign Up For The Newsletter
From hair trends to relationship advice, our daily newsletter has everything you need to sound like a person who’s on TikTok, even if you aren’t.