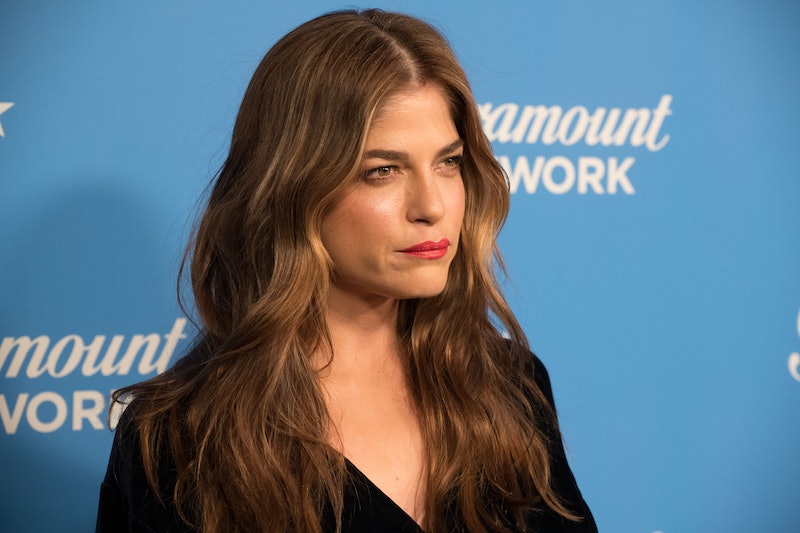 On Oct. 20, the actor famous for her roles Cruel Intentions, Legally Blonde, and American Crime Story: The People V. OJ Simpson revealed major news about her health. In an emotional Instagram post, Selma Blair revealed she has Multiple Sclerosis. The 46-year-old actor's Instagram photo is a mirror selfie, which she wrote took place at a wardrobe fitting with costume designer Allisa Swanson for her upcoming Netflix series Another Life.

In the caption, Blair wrote:

I was in this wardrobe fitting two days ago. And I am in the deepest gratitude. So profound, it is, I have decided to share. The brilliant costumer #Allisaswanson not only designs the pieces #harperglass will wear on this new #Netflix show , but she carefully gets my legs in my pants, pulls my tops over my head, buttons my coats and offers her shoulder to steady myself. I have #multiplesclerosis .

Blair continued in the caption, writing about how MS has been affecting her daily life. She wrote:

"I am in an exacerbation. By the grace of the lord, and will power and the understanding producers at Netflix , I have a job. A wonderful job. I am disabled. I fall sometimes. I drop things. My memory is foggy. And my left side is asking for directions from a broken gps. But we are doing it . And I laugh and I don’t know exactly what I will do precisely but I will do my best."

Blair shared challenges she has experienced since her life since the diagnosis in the post, but also her hopes for the future. She wrote:

I am in the thick of it but I hope to give some hope to others. And even to myself. You can’t get help unless you ask. It can be overwhelming in the beginning. You want to sleep. You always want to sleep. So I don’t have answers. You see, I want to sleep. But I am a forthcoming person and I want my life to be full somehow. I want to play with my son again. I want to walk down the street and ride my horse. I have MS and I am ok. But if you see me , dropping crap all over the street, feel free to help me pick it up. It takes a whole day for me alone. Thank you and may we all know good days amongst the challenges.

Later in the Instagram post, Blair shared that she received her diagnosis on Aug. 16 and she thanked the several friends who provide support, which included her Cruel Intentions co-star Sarah Michelle Gellar and her husband Freddie Prinze Jr., Jamie King, Tara Subkoff, and others. Blair also thanked Netflix, along with Another Life's crew, and producers of the series.

Blair gave a special thank you to Elizabeth Berkley Lauren, who is best known from her role as Jessie Spano on Saved By The Bell. Blair singled the fellow actor out in the caption due to the instrumental role she played in her MS diagnosis. Blair wrote:

And the biggest thanks to @elizberkley who forced me to see her brother #drjasonberkley who gave me this diagnosis after finding lesions on that mri. I have had symptoms for years but was never taken seriously until I fell down in front of him trying to sort out what I thought was a pinched nerve. I have probably had this incurable disease for 15 years at least. And I am relieved to at least know. And share.

According to the National Multiple Sclerosis Society, MS is a chronic disease of the central nervous system and there is no known cause or cure. The society estimated that there are more than 2.3 million people worldwide who are affected with MS.

Blair's post is both emotional and hopeful about the journey she has ahead of her.