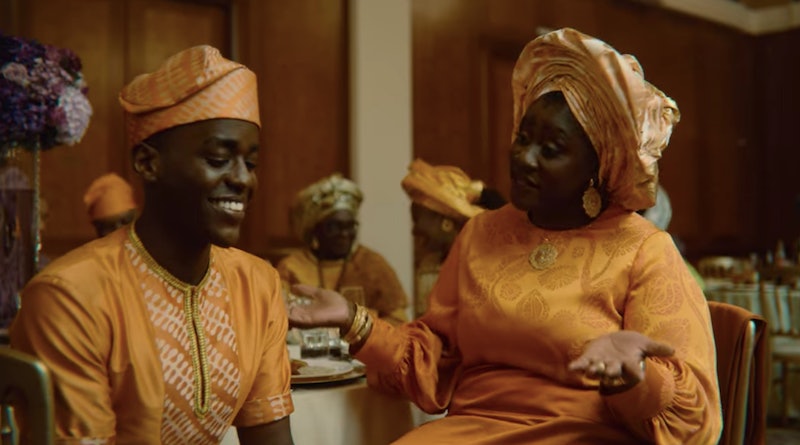 To the delight of many, Netflix’s Sex Education has returned for its long-awaited third season. Throughout the brand new batch of episodes, the comedy-drama brilliantly explores the sexuality of the students of Moordale Secondary School. However, one key scene involving Ncuti Gatwa, who plays Eric Effiong in the streaming hit, almost didn’t make the final cut.

Per Radio Times, the scene in question takes place when the character of Eric is shown attending a family wedding in Nigeria, during which his Aunty interrupts a conversation to complain that she hadn’t been given a big enough portion of stew. Although just a brief moment of humour to some viewers, Gatwa revealed to Variety that he fought to keep this particular scene in the show.

“Oh my God, can I tell you something? That scene almost got taken out of the edit,” he told the publication. “My director messaged me and she was like, ‘They’ve almost taken out the rice bit,’ and I texted her back and I was like, ‘Whatever you do, make sure that five seconds is in this show. It’s important! Every African person, no matter what country you’re from, will get that and you need to keep that in there!’”

The Sex Education star also explained that celebrating Eric’s African-British culture has “always been one of the pulls to the character,” and, speaking to Variety, added that filming wedding scenes based in Lagos was “really special” to him.

“I’m thinking to myself, ‘F****** hell, we’re on a Netflix set, this is about to go out to the entire world, and we’re showcasing this beautiful culture that doesn’t get shown a lot,’” he commented.

Sex Education season 3 is available to stream on Netflix.