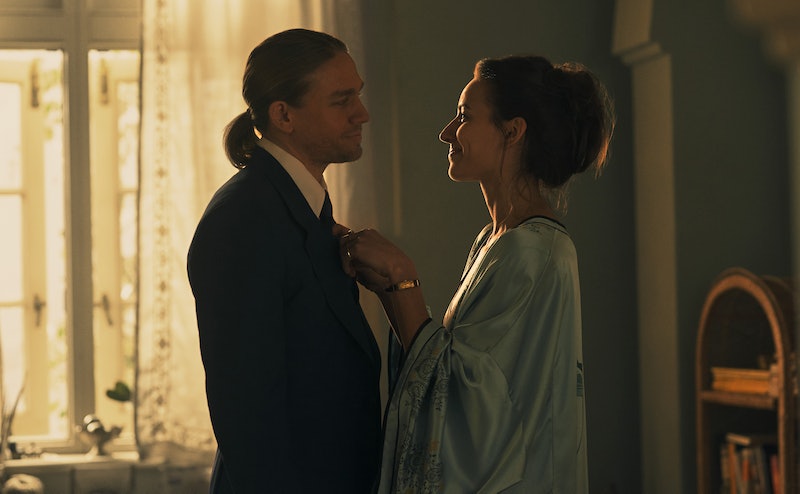 “When I first read this book, I was thinking a huge amount about God, about philosophy and psychology, and about my experience in the world,” the actor, who spent several days with the author in Jamaica, recently explained to The Hollywood Reporter. “These are all subjects that Greg writes about, and he really swings for the fences. He not only tasked himself with telling an extraordinary story and delivering compelling drama as the story goes along, but he also tasked himself with figuring out the meaning of life through this text, you know? What is the nature of God? If God does exist, what is God?”

Outside of offering his insight, Roberts wasn’t directly involved in his 900-plus-page novel’s adaptation. Instead, he preferred to take a hands-off approach in order to allow the project to take on a life of its own. As such, viewers might notice some differences, but here’s a refresher on how all the major events played out in Shantaram’s literary version.

What Happens In The Shantaram Book?

Shantaram opens on Lindsay “Lin” Ford, a fake-passport-toting convicted bank robber who’s newly arrived in Bombay after fleeing a maximum security prison in Australia. He hires a guide named Prabaker, who quickly becomes a close and faithful friend and shows him some of the city’s dark underbelly. While in the city, Lin also meets and instantly falls in love with an elusive Swiss woman named Karla.

After growing close, Prabaker invites Lin to his home village of Sunder, where the fugitive confronts the demons of his crime and the family left behind that continue to haunt him. Through healing reflection, Lin ultimately finds profound inner peace, earning him the Indian moniker Shantaram, which translates to “man of peace.”

On their return trip to Bombay, the two friends are robbed, and Lin is left with nothing. So Prabaker arranges for him to move into a hut. After a fire breaks out, Lin uses his rudimentary medical training to help those injured and is soon operating the neighborhood’s de facto medical clinic. His good-doings attract the attention of Bombay’s head criminal, Khader, who takes Lin under his wing.

In the interim, Karla visits Lin in Bombay, asking for his help in rescuing her friend Lisa, who’s trapped working as a prostitute for the villainous Madame Zhou. Though they’re ultimately successful, the operation doesn’t quite go to plan, quickly earning Lin an enemy in Madame Zhou.

So when there is a cholera breakout, Karla returns the favor by helping Lin battle the epidemic, bringing them closer than ever. Right after they consummate their relationship, Lin is arrested by Bombay police and thrown into the horrific Arthur Road Prison — an act of retaliation from Madame Zhou. There, he endures months of abuse and torture before Khader is able to use his contacts to secure Lin’s ultimate release.

Following his release from jail, Lin goes to work in Khader’s mafia, learning the passport and currency black markets, in an act of gratitude. But after Prabaker dies in a car crash, Lin returns to abusing heroin before Khader and Karla collaborate to rescue him from an opium den. Once he gets clean, Lin agrees to accompany Khader to Afghanistan to deliver weapons to rebels fighting Russian invaders. When they get there, Lin eventually learns that Khader hadn’t been straightforward about his motives for bringing him on the trip. He also learns about Khader paying Karla to bring him back to him, and after becoming enraged, he refuses to accompany his friend on the next leg of their journey to Pakistan. Days later, a fellow soldier brings Khader’s dead body back to camp.

Eventually, the surviving troops decide to make a break for Pakistan, and after coming under fire, Lin is knocked unconscious. He awakens safely in Pakistan, however, and returns to Bombay to settle some unfinished business. That includes finding and eliminating a trusted mafia elder named Ghani, who turned out to be in charge of the murderous Sapna vigilante campaign against the rich.

The second order of business involves Lin getting some long-awaited revenge on Madame Zhou. When he arrives, however, he finds that someone beat him to it and has already burned down her brothel. Instead of killing her, he leaves his enemy in her misery.

How Does Shantaram End?

With Khader’s death leaving the mafia in shambles, Lin agrees to join his friend Nazeer in another holy war in Sri Lanka. Before he departs, however, he has a final talk with Karla, revealing he no longer loves her. Lin also returns to Prabaker’s village to visit his late friend’s family. There, he meets Prabaker’s infant son, whom he notes looks just like his father. Following a final rousing speech about peace, love, and happiness, the book ends with the final phrase, “We live on,” setting up the next chapter.

More like this
'Mayfair Witches' Already Changed 2 Major Characters From The Books
By Grace Wehniainen
The Song At The End Of 'The Last Of Us' Ep 1 Has A Deeper Meaning
By Sophie McEvoy
'Ted Lasso' Season 3 Might Be Its Last
By Zosha Millman and Grace Wehniainen
Everything To Know About The 'Daisy Jones & The Six' TV Series
By Maxine Harrison and Brad Witter
Get Even More From Bustle — Sign Up For The Newsletter
From hair trends to relationship advice, our daily newsletter has everything you need to sound like a person who’s on TikTok, even if you aren’t.