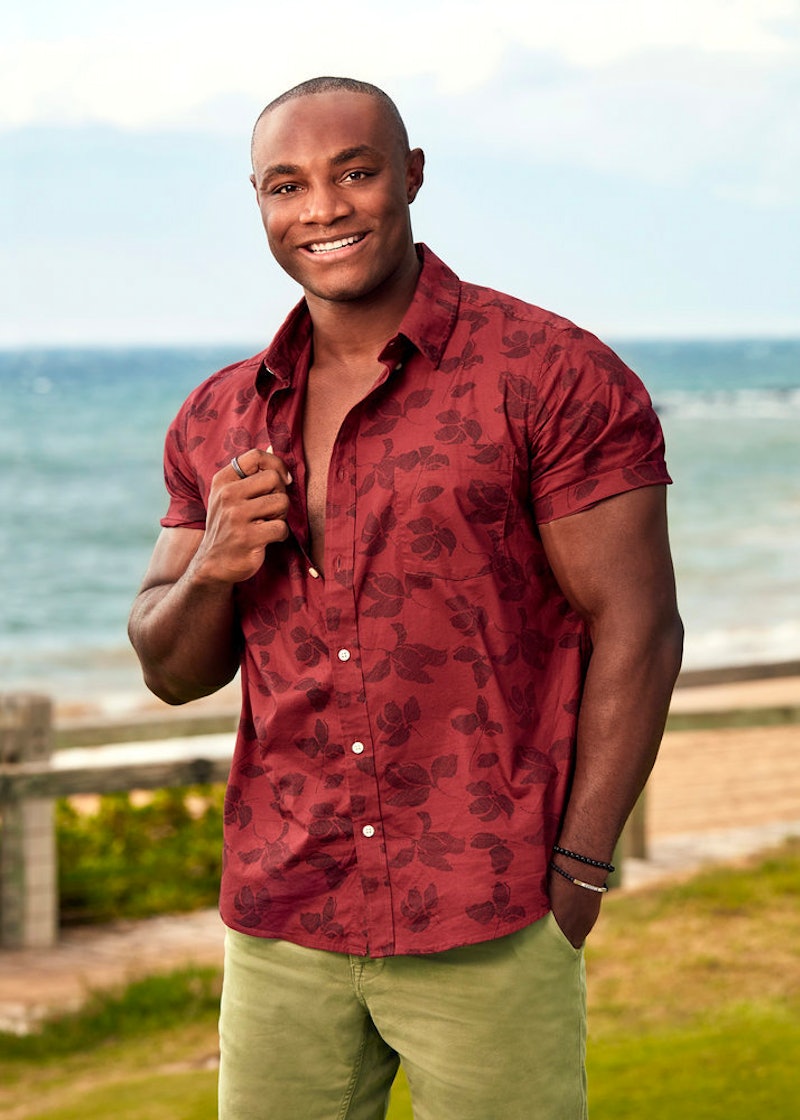 Similar to the couples on the show, Shaquille Urie came to Temptation Island at somewhat of a crossroads. According to his USA bio, a recent injury forced him to "consider a new path" away from his aspiration to play professional football, and he's now looking to start this next chapter with "a special someone" from the island. He's made those intentions clear: the 25-year-old personal trainer introduced himself to the Season 3 women by saying he's been "personally training" to be their next boyfriend — and ripping open his shirt to flex his pecs.

Here's everything else to know about the West Glover, Vermont single.

Shaquille's Job Is In Fitness

Shaquille, who holds an athletic training degree from the University of Maine, has worked as a personal trainer since April 2017. He specializes in everything from weight loss to bodybuilding competition prep, working with sports and performance clients. "Training is my passion. Helping people reach their goals regardless of what they may be is what drives me to get out of bed every single morning," he wrote on his RightFit Personal Training profile. "My current aspiration is to be known as one of the best trainers there is because I want my results to speak for themselves."

Shaquille Had A Football Career

After playing Division I football and running track at the University of Maine, Shaquille says he "spent a brief time in the NFL before suffering a knee injury." While he doesn't list an NFL team, he did play for the semipro Vermont Ravens. In August 2019, Shaquille posted that he'd completed his first successful knee surgery and was hopeful that he'd regain feeling in his foot and ankle. "Just another test of my strength," he captioned a photo of himself on the field with his Ravens teammates. "I've come from worse. Been through worse. I've always prevailed and never let anyone stand in my way. This will be no different."

As one would expect of a personal trainer, Shaquille's Instagram is largely comprised of photos documenting his workouts and bodybuilding progress. Because he generally appears solo in his photos, it's difficult to say whether or not he's in a relationship following his time on Temptation Island. He does occasionally share the spotlight with one of his loves, however: his dog.