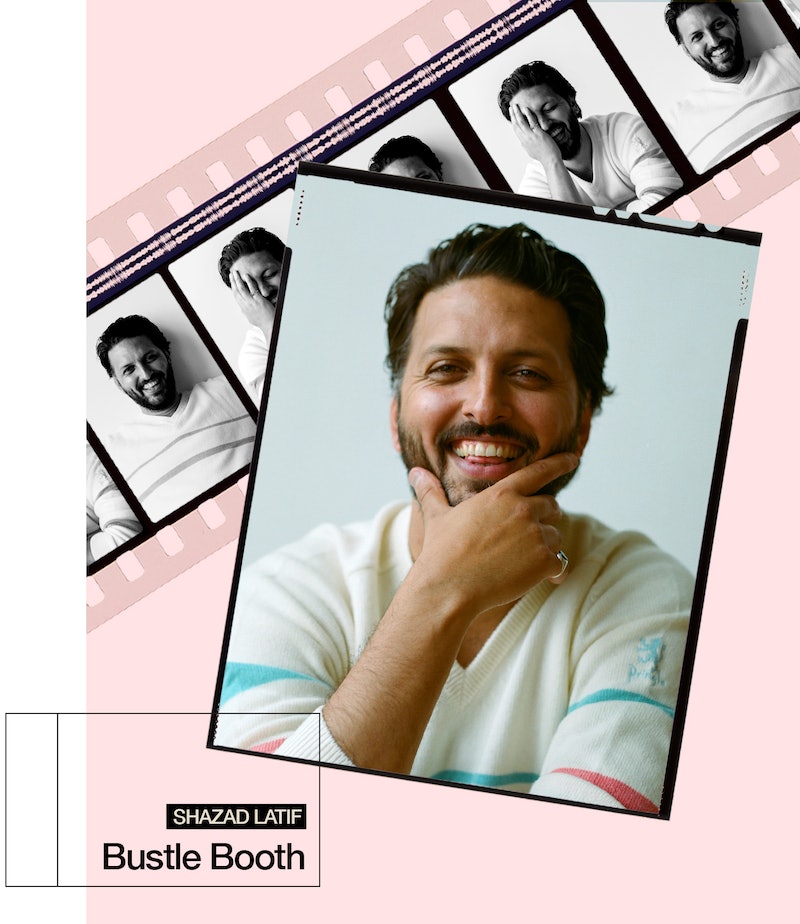 For Shazad Latif, becoming an actor was almost inevitable. His love for the craft arose thanks to his “movie-obsessed” parents. “One of my dad’s first jobs, when he came over from Pakistan, was in the cinema,” Latif tells me via Zoom. “He would change the reels, so he always had a good sense of great movies.” Shazad’s mother shared a similar passion for everything motion picture, making diary entries of her favourite cinema trips, with her favourites including Dog Day Afternoon and Serpico.

And it wasn’t just his parents. Latif also grew up around British acting legend Roger Lloyd-Pack – aka Trigger from Only Fools and Horses’ – who was father to his childhood best friend. “I sort grew up with Roger and he introduced me to Shakespeare,” Latif says. “I remember doing Romeo and Juliet in a school play when I was eight. I was putting on tights in the changing room and I thought ‘this is quite cool.’”

These early inspirations propelled Latif into professional acting and, in recent years, he’s landed roles in some of biggest shows on TV, including Spooks, Black Mirror, and Star Trek: Discovery.

The newest addition to Latif’s CV is the BBC adaptation of The Pursuit of Love by Nancy Mitford. “The show is an explosive and modern interpretation of the standard BBC adaptation we’re all used to,” Latif explains. “It’s very fun and spunky, basically.”

The follows the fearless Linda Radlett (Lily James) and her cousin Fanny Logan (Emily Beecham) as they search for true love in the interwar period. In the series, Latif portrays the “hyper-intelligent” character of Alfred Wincham.

“He's the comic relief and a bit of a strange oddball, which is actually quite fun to play. But, he's very different to me,” the actor says, later adding that he gets into character by focusing on “their imaginary world” and his place within it. “It’s a safe place to be when all the studio madness is going on around you.”

Up next, Latif will be starring in Timur Bekmambetov’s Profile, which he says was one of his most challenging projects to date. “The film deals with terrorism, and, as a South Asian actor, that can be especially difficult,” he tells me. “But, creatively, it was such a rewarding experience.”

As for the future, Latif says he has “a whole list” of directors he’s desperate to work with. “I’d love to be in a Paul Thomas Anderson film,” he says, “or a Steve McQueen one.” Watch this space.

Get to know Shazad better with his Bustle Booth questionnaire below.

Just got my first smart phone. Haven’t found that bit on the phone yet. Don’t check the weather on the phone really.

Cancer. But apparently I’m a Gemini now with that new sign that got added in.

“Green eyes like creamy jade, Jack” from Big Trouble In Little China. Or “Hey Utah, get me two!” from Point Break. or “She wore a little blue suit” – Anthony Hopkins– from Meet Joe Black. I can keep going here. This is how me and my friend communicate, through movie quotes.

The X-men cartoon. That theme tune is so good. Or Ren and Stimpy. So fu**ed up.

Movie: Divines. Television show: Are You The One?

“Rendezvous” by Craig David, but I wouldn’t have the minerals to get up and sing it.