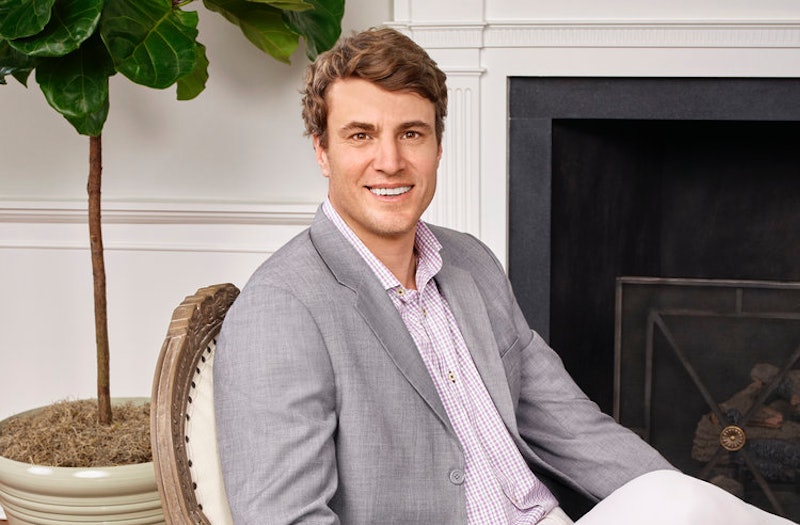 Southern Charm fans never thought they'd see the day where Shep Rose would settle down, but he has. Since early this year, Shep's been dating Taylor Anne Green. The 26-year-old is 14 years Shep's junior, but since he doesn't act like most 40-year-olds, it seems to have worked for them thus far. In fact, when the pandemic hit, the two decided to quarantine together, and Shep told E! News in October that it brought them closer together.

"We basically became like a married couple after like three months," Shep said. "I would have thought I would have gotten all nervous about cohabitating with somebody. I didn't hate it: that's the good news. I kinda liked it." He added, "I absolutely adore her and I'm just really glad that we got what we got to do together because it was really lovely. We didn't kill each other, in fact, quite the opposite."

Shep told Us Weekly that this is his first relationship in a while in which he hasn't actively tried to find a way out. "I kinda jokingly said, like, she refuses to give me a reason to not be in love with her, honestly," he said. "And day after day, month after month, she was just fantastic. It just makes it really easy when you're, like, wait a second, why would I ever not want this person in my life? That doesn't make any sense at all. So it's definitely a departure from my norm."

Taylor hails from North Carolina, but she moved to Charleston last year to work for an orthodontics office. According to her LinkedIn, she has a degree in business admin and has experience in staffing and recruitment. And good thing she did move to South Carolina, because that's where she met Shep, and the rest is history. She's become one of the crew, with Shep joking to Us Weekly that his dog and his friends like her more than him now.

While the two have gotten closer these past few months, with Shep becoming a regular on Taylor's Instagram page, they're still taking things relatively slowly. They didn't even make their relationship Instagram official until May, several months after they'd begun dating.

That said, Shep told E! News that he's definitely thinking about the future. "It's an eternal thing," he said. "She's amazing ... at the moment I'm trying not to screw it up and I hope I'm doing a good job at that." He added to Us Weekly that he doesn't see marriage in the cards just yet, though. "She doesn't want to [get married yet], to her credit," Shep told the outlet. "I mean, part of the reason is [she's] younger than me. The clock isn’t exactly ticking for her, which is, you know, I don’t know. It's very relaxed on that front."

Sounds like the perfect relationship for a chronic commitment-phobe like Shep, though can see it all play out for themselves on Season 7 of Southern Charm.

More like this
This 'Bachelor' Contestant Already Has A Lot In Common With Zach
By Grace Wehniainen
Brianna Revealed Why 'The Bachelor' Premiere Was Tougher For Her Than You Saw On TV
By Brad Witter
A Guide To All Of Zach Shallcross' 'Bachelor' Filming Locations
By Brad Witter
Andy Cohen Apologized To Larsa Pippen After A 'RHOM' Season 5 Reunion Dust-Up
By Brad Witter
Get Even More From Bustle — Sign Up For The Newsletter
From hair trends to relationship advice, our daily newsletter has everything you need to sound like a person who’s on TikTok, even if you aren’t.