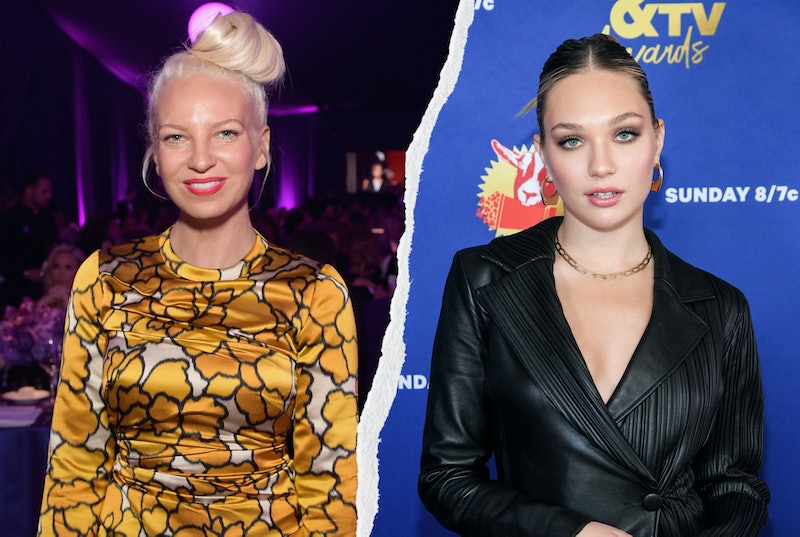 When the first trailer for Sia's directorial debut, Music, was released, the singer faced criticism for not casting an autistic actor in the titular role. However, in a January interview on Australia's The Sunday Project, the "Chandelier" singer doubled down on her decision to cast Maddie Ziegler as the lead. "I realized it wasn't ableism, I mean it is ableism I guess as well, but it's actually nepotism because I can't do a project without her," she said. "I wouldn't make art if it didn't include her."

The musician also said that she consulted with "medical experts" on set who praised Ziegler’s performance. "She cried on the first day of rehearsals and she was really scared and said, 'I don't want anyone to think that I'm making fun of them,'" Sia continued. The first-time director went on to add that she promised to defend the dancer and actor from criticism, but that didn't end up being possible. "I realized I couldn't really protect her from that, which I thought I could."

The singer continued to defend her decision by arguing that they collaborated with the Child Mind Insititute for the film and that the non-profit organization gave Ziegler "100% as performance accuracy." This wasn't the first time Sia tried to justify her choice. In a December interview with Australia's 10 News First, she said that she felt the dancer was the best fit for the part. According to a new synopsis, the film follows Zu (Kate Hudson), a former drug dealer who becomes the sole guardian of her younger sister, Music (Ziegler), a teen on the autism spectrum.

Music showcases the inner life of Ziegler's character through elaborate musical numbers, which is part of the reason the musician decided to cast her in the role. "There is no way I could have used someone of [Music]'s level of functioning to play her," Sia explained, according to ET Canada. "I also needed a dancer, for [the character's] imaginary life." She also defended her actors' ability to play characters who are different from themselves, adding, "It's not a documentary. Kate isn't a drug dealer and Leslie Odom Jr. [who plays Music's nurse Ebo] isn't from Ghana."

This is far from the first time that Sia has defended her decisions about the upcoming film. On Nov. 19, when she shared a short clip from the movie, many Twitter users expressed disappointment that people with disabilities and neurodiverse actors were excluded from the project. "I cast thirteen neuroatypical people, three trans folk, and not as f*cking prostitutes or drug addicts but as doctors, nurses and singers," Sia wrote on Twitter in response to the backlash. "F*cking sad nobody's even seen the dang movie. My heart has always been in the right place."

Things escalated when another Twitter user claimed that several autistic actors offered to be in the movie, but "zero effort was made to include anyone who is actually autistic." "Maybe you're just a bad actor," Sia fired back, which many people felt was an inappropriate reaction to the criticism. Still, she continued to defend her film on social media, explaining that she "actually tried working with a beautiful young girl non verbal on the spectrum and she found it unpleasant and stressful. So that's why I cast Maddie."

"I spent three f*cking years researching, I think that's why I'm so f*cking bummed," Sia continued. "This was to represent a low functioning gal with a magical imagination and intuition. I feel I cast the right person. Super great for the 'type' I'm trying to represent. She was so delicate and sensitive and conscious. Her peers on the spectrum loved her." However, it wasn't just Ziegler's casting that earned Sia backlash; the singer was also called out for working with Autism Speaks, a controversial organization that has long been denounced by advocates and the autism community.

When asked about the organization's involvement with Music, Sia said that she didn't know that Autism Speaks was so controversial, especially among people with autism. "Autism Speaks came on board long after the film was finished," she wrote on Twitter. "Four years in fact. I had no idea it was such a polarizing group!" Ultimately, Sia maintained that all of the backlash was the result of people making assumptions about Music before they had the chance to actually watch it. "Grrrrrrrrrr. F*ckity f*ck why don't you watch my film before you judge it? FURY," she wrote.

More like this
Lin-Manuel Miranda & Tituss Burgess React To 'Little Mermaid' Casting Backlash
By Radhika Menon
Stormzy Made A Passionate Speech About The Importance Of Diversity
By El Hunt
Everything You Need To Know About ‘Black Panther: Wakanda Forever’
By Bustle Editors
At 14, Jurnee Smollett Was Taking Meetings With Missy Elliot & Lauryn Hill
By Chloe Foussianes
Get Even More From Bustle — Sign Up For The Newsletter