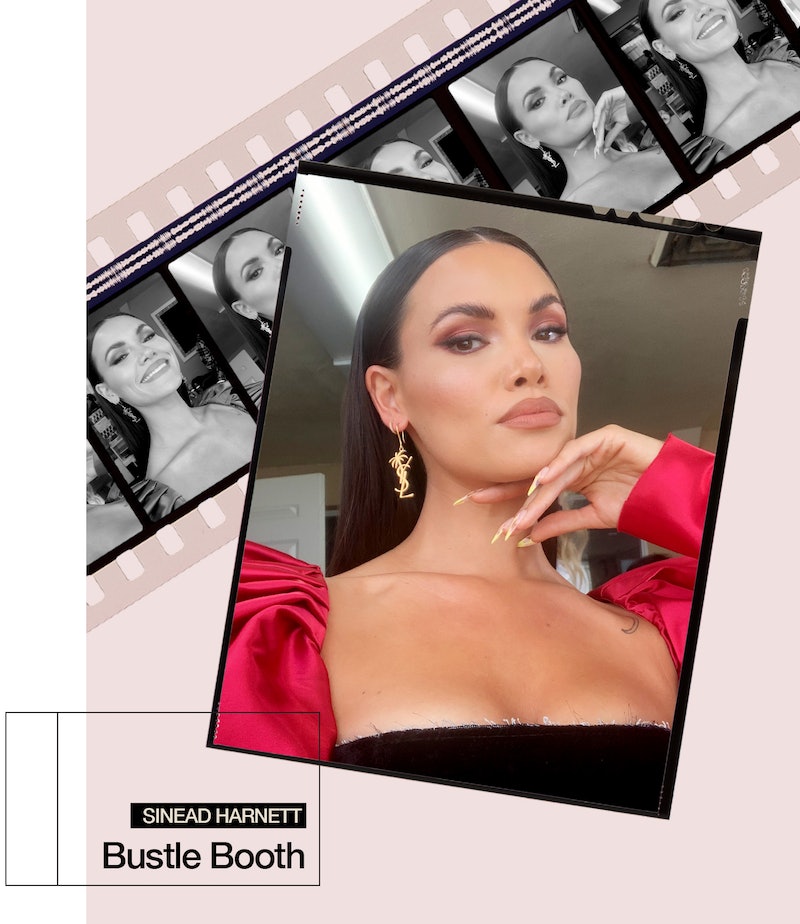 Sinéad Harnett’s back catalogue is full of love songs – but she’s quick to let me know that, despite what people think, they aren’t all about her exes.

“I’ve had someone be like, ‘I’m really glad I’ve brought you so much success.’ And I was like, ‘bruv?’” she laughs over Zoom. “Love and the complexities within relationships are a theme [in my music], but it’s not just romantic relationships.”

Speaking about the soul-drenched R&B song “Hard 4 Me To Love You”, she says: “I wrote it about a family member but it sounds like I wrote it about an ex. I was really worried that she would take offence but she said she was honoured that an argument we’d had could spark inspiration.”

Growing up in North London with an Irish father and Thai mother, Harnett has found influences from various sources throughout her blossoming career. But whether its romance, family ties, or self-love she’s writing about, authenticity, Harnett tells me, is key to her artistry.

“Truth is the only thing that helps me write,” she tells me. “I don’t know any other way. I’ve never had this massive game-plan. It’s always been like the pages of my diary,” she says. “I very much have had my heart on my sleeve for my whole career.”

Harnett’s sophomore album, Ready Is Always Too Late, is a celebration of being ready to embody the best version of yourself after what she describes as a period of “necessary healing” during the pandemic. The album, which will be released on May 21, as “good, soulful comfort,” the album is a raw and vulnerable body of work featuring R&B tastemakers EARTHGANG, Masego, VanJess, Lucky Daye.

She tells me, “With this album, and this time of my life, there’s been so many years feeling the downs and the self loathing that I was almost like, ‘What is the point of having a voice and having writing ability if you can’t carry and own it?’ That’s the biggest thing I wish I knew when I was younger. Then I wouldn’t have been so hard on myself.”

Learning to love herself is clearly something Harnett wanted to express with her second album, but romantic love does have a part to play here too. As the title suggests, Ready Is Always Too Late is a relatable listen for anyone who’s dealt with a partner not ready for a serious relationship. “I just kind of thought, ‘How many times have I heard that from some fuccboi?’” she says, “Like, why aren’t you ready for me now?”

So, although it’s not her sole inspiration, does Harnett consider herself a romantic at heart? “I’m just extremely empathetic and I always felt things really deeply,” she says, dreamily. “It’s just living and living inspires me. The biggest part of life is love.”

Matcha Latte warm if in London, iced if in LA, haha!

I love these questions! Ibiza, New York, LA, Miami, Antigua and Hawaii. LOL, who am I?

Nacho Libre – “Do you remember that time the crowd was cheering my name, and I used my strength to rip my blouse?”

I just finished Bridgerton and, my golly, was it a breath of fresh air. It was so feel good and the acting was RIDICULOUS. I’ve since learnt that the Duchess herself listens to my music :)

The word idol is a little scary to me but Amy Winehouse was such a wonder to me. Her lyricism, unique tone, and devastating honesty was unmatched.

Sounds like my worst nightmare, but anything that’s in nature! Maybe Shipwrecked?!?!

Fugees “Killing Me Softly With His Song”

Any living I’m doing outside of work is what’s inspiring me. Just hearing another perspective and bouncing views with people I love.

“She’s hilarious but she’s also one of the greatest of our time.”

More like this
Cat Burns Explores A Deeply Personal Struggle In “People Pleaser”
By Catharina Cheung
“I’m Not Here To Make Friends” Speaks To A New Sam Smith Era
By Maxine Harrison
Twitter Is Saying The Same Thing About Beyoncé's Renaissance World Tour
By Shahed Ezaydi
How To Buy Tickets For Beyoncé’s UK Renaissance Tour Dates
By Shahed Ezaydi
Get The Very Best Of Bustle/UK
Sign up for Bustle UK's twice-weekly newsletter, featuring the latest must-watch TV, moving personal stories, and expert advice on the hottest viral buys.