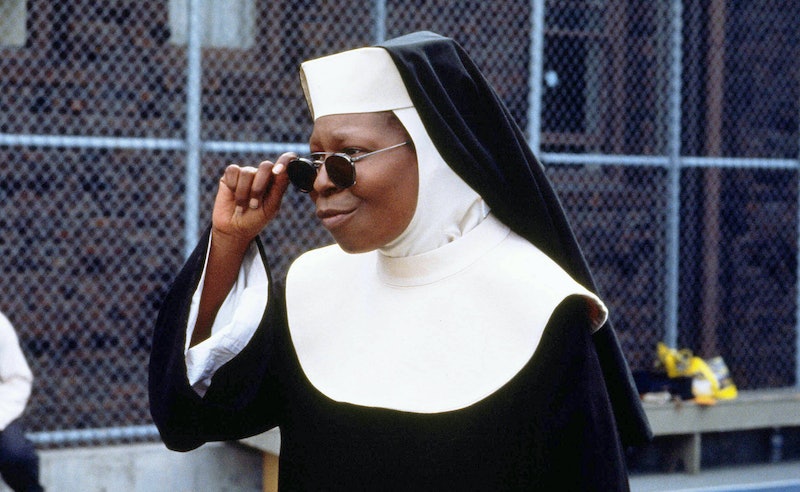 This December, we're getting alllll the Disney+ news that we deserve after a crappy 2020. Most recently, it was announced that a whole load of new Star Wars content would be hitting our screens sometime soon, plus a sequel to Enchanted, a Peter Pan remake, and a new Hocus Pocus. But that's not all. Perhaps most excitingly of all, it's now been confirmed that a third Sister Act film is making its way to us, so here's everything we know about Sister Act 3.

Whoopi Goldberg will be returning to the franchise of films as Deloris, the lounge singer turned nun, and will be joined by Tyler Perry on the producing team.

Variety reports that the film is currently in the development stage, and that it was announced by Sean Bailey, president of Walt Disney Studios Motion Picture Production, during Disney Investor Day this week.

Little more is known about the movie in terms of who will be joining Goldberg on the cast list, or when we can expect to see it. We do know that the film will be screened on Disney's streaming service Disney+.

Goldberg first took on the role of Deloris nearly 30 years ago, when the original Sister Act film was released in 1992. Sister Act 2: Back In The Habit quickly followed a year later in 1993.

We can't wait to see how the characters will have progressed after all this time.