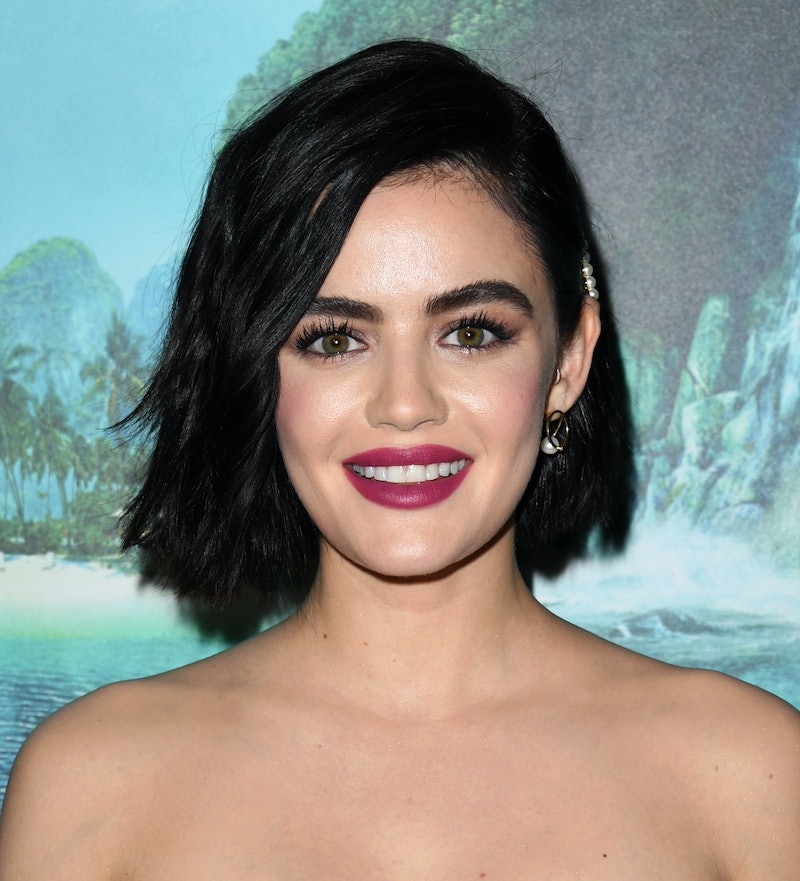 Only one week after the two sparked dating rumors, Skeet Ulrich left a flirty comment on Lucy Hale's Instagram post, further fueling speculation about their relationship status. On Friday, Hale posted a throwback photo shoot, posing in front of a large window in a plaid skirt and heels. She captioned the photo: "i miss new york." Ulrich, who starred as FP Jones on The CW's Riverdale, commented on the post, writing, "My goodness!!"

A week prior, Ulrich and Hale were spotted at lunch in Los Angeles. The pair arrived at the restaurant together and showed affection by kissing and holding hands, according to People. At one point, the Katy Keene star reportedly lifted Ulrich's hand to kiss it. "They were super into one another. PDA from when they arrived until when they left," an anonymous source told the publication. However, a separate source implied the fling might be more casual, saying the two actors were "not serious."

While neither Ulrich nor Hale has publicly confirmed a romance, the former isn't being shy about commenting on his rumored girlfriend's social media. He last publicly dated model Megan Blake Irwin, a relationship that started in May 2020 and lasted for several months, per People.

Last summer, Hale was briefly linked to former Bachelor Colton Underwood after the two were spotted hiking together in Los Angeles. The Katy Keene star responded to those rumors in an interview with Entertainment Tonight in July, making it clear that they weren't together when she called herself "more single than ever."

Hale was also candid about learning to be alone amid the pandemic, explaining how going solo for so long raised the bar for her dating life. "I feel the only way I'm gonna date someone next is if they make my life better because I'm so happy right now having my own routine," she told ET. The Pretty Little Liars alum also reported being on several dating apps but never pursuing an IRL connection in an interview with Glamour. "I'm on a dating site now and I still never met up with any of them because I'm too nervous," she said. "Believe it or not, I'm really shy in that sense."

More like this
Who Is Nick Cannon Dating & How Many Kids Does He Have?
By Jordyn Tilchen and Radhika Menon
Hailey Bieber Just Responded To *That* Viral Met Gala Moment
By Radhika Menon and Sam Ramsden
Adam Devine Hilariously Let Everyone Know He’s *Not* Accused Cheater Adam Levine
By Brad Witter
Caleb McLaughlin Details Racism From 'Stranger Things' Fans
By Radhika Menon
Get Even More From Bustle — Sign Up For The Newsletter