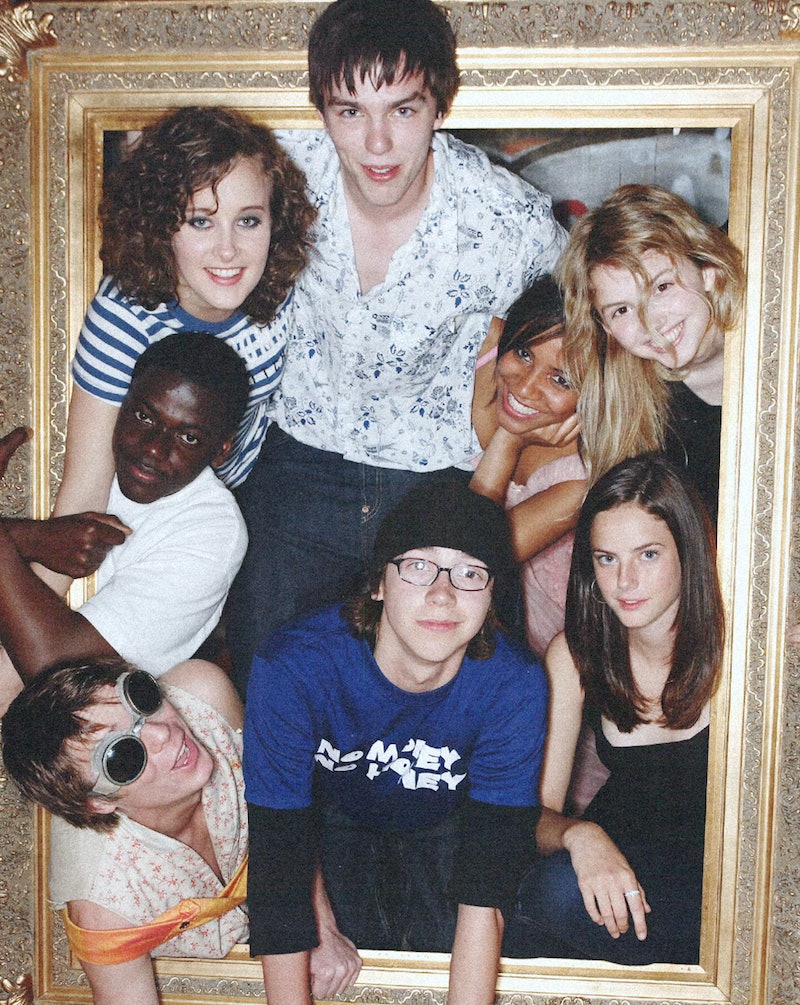 The teen drama may have ended nine years ago, but fans are still holding out for a Skins reunion. And Kaya Scodelario delivered that very wish when she posted a picture of herself enjoying a catch-up with two of her OG co-stars from Season 1. Taking to Instagram, the actor posed alongside her real-life pals Joe Dempsie and Daniel Kaluuya at a wedding in Tuscany. Scodelario’s husband, The Rings Of Power actor Benjamin Walker, was also in attendance.

Scodelario, Dempsie, and Kaluuya portrayed Effy Stoneham, Chris Miles, and Posh Kenneth in the hit E4 drama. The trio, along with many others from the cast, stay in touch and maintain close friendships away from the camera. As Scoledario once said, the Skins stars are "all just a family,” so much so that Kaluuya is godfather to her son. "Daniel grew up two doors away from me; his mother is also a single mother and an immigrant to England," the actor told The Hollywood Reporter. "We've always been really protective of each other."

Whether the cast had screen time with each other or not, they'd all hang out and bond throughout the show's run. "I was the youngest at 14, and they all took me under their wings and looked after me," Scodelario explained. "By the time I was 16, I was pretty lonely [since the original cast left the show], but they all made sure I was okay."

When Skins turned 15 in January 2022, Scodelario reminisced with the ultimate throwback photo on Instagram. "15 years later I'm grateful for the memories of this time, the best friends I made, & am lucky enough to still have in my life, & a show that seems to still resonate with many," she wrote. "It wasn't perfect. Far from it. But f*ck, it was fun."