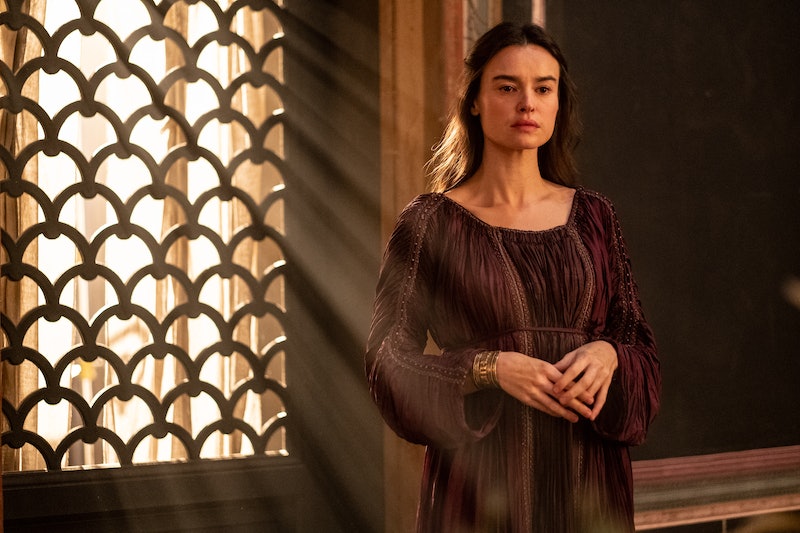 If you love court intrigue or historical epics, and consider yourself a fan of shows like The Crown or Reign, a new series is coming soon that might just whet your appetite. Sky’s latest original drama series is based on the extraordinary life of Livia Drusilla, following her rise to power as the first empress of the Roman Empire. Here’s everything we know about Domina.

What’s the plot of Domina?

The plot follows the young, naive Drusilla, as she goes on to ascend the ranks of Ancient Rome, becoming one of the most influential women in the world as the wife of emperor Augustus Caesar and mother of emperor Tiberius. Throughout, she battles a brutal society, motivated by the need to avenge her father, and accrue power for her children.

Speaking to Radio Times, the show’s creator Simon Burke drew parallels between the Ancient Roman ruling class and the British royal family. “As with our own royal family, there is a constant tension between private and public life,” he said, “but in those times, politics was a life and death affair, so the stakes were rather higher.”

Burke described Domina as: “A political drama, but told from the point of view of the wives, the daughters, the mothers, the sisters, and the mistresses at a time when policy came to be made in the bedroom, and not the Senate of Rome.”

Who’s in the cast of Domina?

Isabella Rossellini, of Blue Velvet and Death Becomes Her fame, also appears as Balbina, an early enemy of Drusilla.

When does Domina air on Sky?

In the UK, the eight-episode series will be coming to Sky Atlantic, and the streaming service NOW, on May 14. The exact release date is yet to be announced.

What else is there to know about Domina?

The series is created and written by Simon Burke, alongside Australian filmmaker Claire McCarthy as lead director. McCarthy is best known for Ophelia – a 2018 adaptation of Shakespeare’s Hamlet, told from Ophelia’s perspective, starring Daisy Ridley and Tom Felton – and The Luminaries, a TV mini-series based on the 2013 novel by Eleanor Catton.

According to Deadline, Domina was filmed in Rome’s historic Cinecittà Studios, which has previously hosted renowned filmmakers such as Francis Ford Coppola, and Martin Scorsese. Production of Domina paused due to the pandemic, before resuming in July 2020 when Italy’s national lockdown lifted.

Is there a trailer for Domina?

Yes, Sky released the official trailer for the upcoming epic at the beginning of April.

Watch this space for more to come.

More like this
An 'Emily In Paris' Fave Is Joining Season 5 Of 'The Crown'
By Bustle Editors
Emma Thompson, Lashana Lynch, & Stephen Graham Lead Netflix’s 'Matilda'
By Sophie McEvoy
Emilia Clarke Shares More Details About The New 'Game Of Thrones' Series
By Maxine Harrison
What That Ominous 'Selling Sunset' Season 5 Finale Could Mean For Season 6
By Orla Pentelow and Brad Witter
Get The Very Best Of Bustle/UK

This article was originally published on April 10, 2021