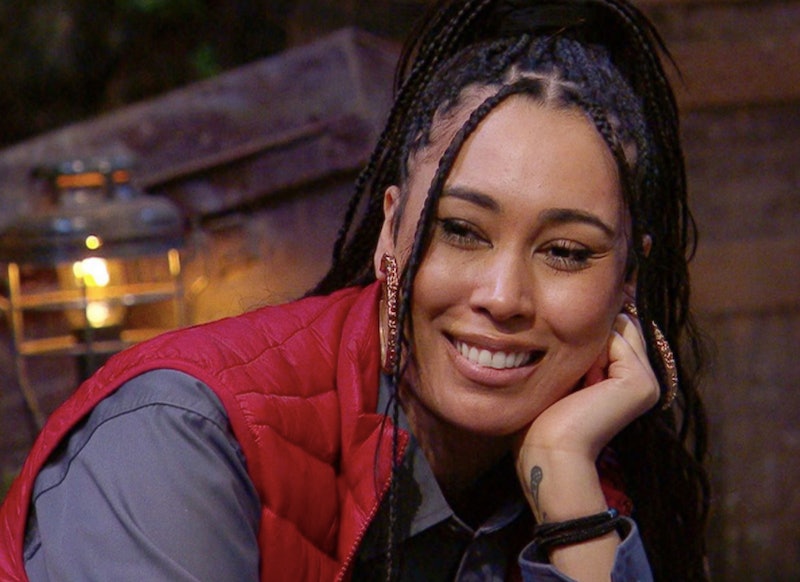 The castle doors have been firmly closed on the 21st series of ITV’s I’m A Celebrity Get Me Out Of Here, and among this year’s breakout stars is radio presenter Snoochie Shy.

Shy, real name Cheyenne Davide, can be heard hosting her own late night BBC 1Xtra show when she’s not roughing it out in Gwrych Castle. “It’s organised chaos,” she says of the radio show. “There are basically no rules. They let me have free rein of what I want to do.”

Before landing the BBC 1Xtra show back in 2019, Shy broke into the sphere of audio entertainment at Reprezent Radio, after applying for an internship she had seen advertised at her local McDonalds.

Nowadays, Shy is known for charming listeners with her passion for drill music, playing the biggest hits of today, and for her back-and-forth with a whole host of celebrity guests. Fans might also recognise Shy from her MTV presenting duties, which have seen her interview some of the biggest artists in the world. Others might also remember the radio host’s unlikely but endearing friendship with Jeremy Vine on Celebrity Gogglebox. More on that below.

Keep reading to find out more about Shy’s career so far, the reality show she’d like to try next, and what viewers didn’t see in the I’m A Celebrity castle.

Tell me about your I’m A Celebrity experience, was it what you expected?

It's one of the best things I've ever done in my life. Although, mentally, it was very hard. I also wasn’t expecting it to be so cold. Every day I was wearing a jacket, gloves, two thermals, a t-shirt, a long-sleeve t-shirt, and a gilet. But I still managed to have the best time.

Is there anything about the show viewers perhaps didn’t see — any behind-the-scenes secrets?

We actually played a lot of games. Mainly volleyball, because Kadeena made a ball out of rice and beans packaging. Also, viewers didn’t see that Adam Woodyatt managed to sneak in some shea butter conditioner for me from the downstairs trial section. He was covered in fish guts so was allowed to get a hot shower. He also managed to sneak in some Werther's Originals sweets.

Did you manage to sneak anything into camp?

Yes, I smuggled in lip gloss in my bra. When we were going through security, I had it hidden in my there and managed to get through. So, I had lip gloss 24/7 while I was in the castle. There’s nothing worse than dry lips.

What happened during the camp evacuation?

We were just suddenly moved into the main campfire room with loads of different mattresses and had this massive jumbo sleepover. The next day we were told we had to leave the castle and go back into isolation. I really didn’t want to leave so I started crying. We had all bonded so well and suddenly weren’t allowed to communicate. I found it quite difficult in the separate isolation houses. But we had Netflix, at least.

Who do you think you’ll keep in touch with from the camp?

We already have a WhatsApp group set up called Castle Crew. Adam is the first person I’m going to link up with because he’s actually coming to my mums house to see her massive Christmas grotto. I’m also going to take him to a rap show, and he’s taking me to a musical.

Would you be interested in any more reality TV in the future?

I'd love to try Strictly Come Dancing one day. Although, I have two left feet at the moment and I can only do a twerk. So, I’m not sure that would be great.

So, let’s talk about your day job. How did you get into radio presenting?

My interest in presenting came from my mum. She’s a choreographer and used to work on the BRIT Awards and stuff — so she’s always kind of been close the industry. I realised I couldn’t dance very early on and even applied for the BRIT School. I thought I could teach myself contemporary dance in two weeks. I didn’t get in.

Then I gave fashion styling a go, but realised I couldn’t actually style anyone other than myself. I eventually started a YouTube channel with two guys about the UK grime and rap scene. From there, I went to community radio, online radio, and then kind of worked my way up to where I’m at now.

How would you describe your BBC 1Xtra show?

I mean, it is chaotic. We can swear on the show, we can play drinking games, and I can play any music I want to. But, there’s also a lot of work that goes into it, and we do some amazing interviews with top guests. If you like rap music, it’s a good safe listen.

Who would be your dream guest?

My dream guest isn’t music related, but it would have to be Jim Carrey. He’s 100% my spirit animal.

More like this
Everything We Know About 'Love Island' 2022 So Far
By Sam Ramsden
RuPaul Has Signed On To Host A Celebrity Edition Of This ITV Gameshow
By Sam Ramsden
Move Over, 'Sunset'! The Drama-Filled Trailer For 'Selling The OC' Is Here
By Nola Ojomu
Nicola Coughlan Wants You To Appreciate Her "Indie Sleaze Era"
By L'Oréal Blackett and El Hunt
Get The Very Best Of Bustle/UK