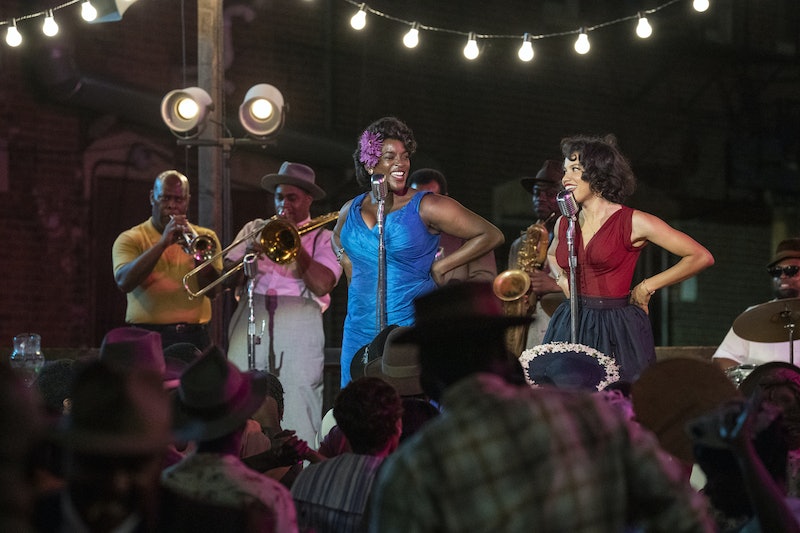 HBO's new horror drama may be set in the 1950s, but you wouldn't know it from the Lovecraft Country soundtrack. The songs in the show are unashamedly anachronistic, including everything from Etta James and B.B. King to Cardi B and Leikeli47. For showrunner Misha Green, the music was all part of pulling "the slavery portrait off the museum wall," as she shared in a recent HBO Q&A.

"I love the idea of taking our show 'out of time," explained Green, who serves as the writer, executive producer, and director of the 10-episode series. "It’s the past, present and future. . . . We want the show to be full-sensory, engaging and have people learn from it without having to learn from it."

Lovecraft Country — which includes a block-party musical number — also incorporates what she calls "found audio" into the score. For example, the opening uses voiceover from the 1950 sports drama The Jackie Robinson Story, with later scenes including Ntozake Shange's 1975 poem For Colored Girls and poet Gil Scott-Heron's Whitey on the Moon.

Check out every era-spanning track from Lovecraft Country Season 1 below.