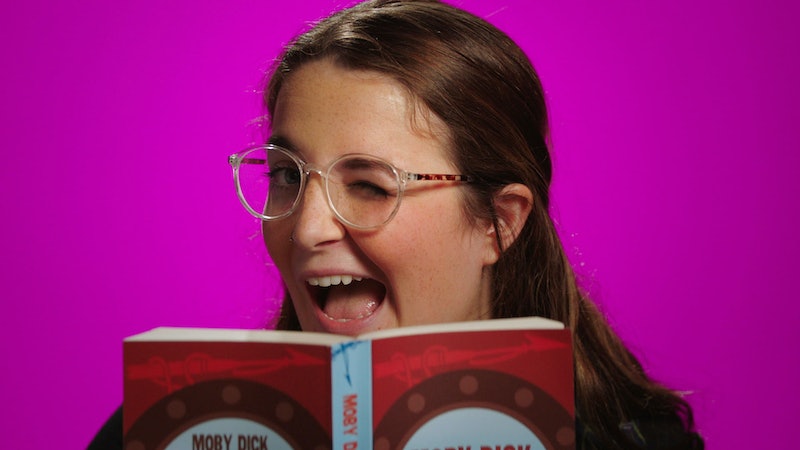 Episode 3 of The Circle’s third season introduces a new catfish to the game: 22-year-old Sophia, who’s playing as her older sister Isabella. Describing herself as the “ugly duckling” in her family, Sophia says she decided to play as her sister because “pretty people do better on social media” and Isabella is “super hot.” “With my brains and my sister’s beauty, I’m a real threat to this game,” Sophia says.

Though flirting with the men in the competition will be part of Sophia’s strategy, in real life she’s gay. She currently lives in Fort Walton Beach, Florida, but grew up in a religious town in Alabama that she says was in the Guinness World Record book for having the most churches per square capita. That made it difficult for her to explore her sexuality. “The first time I kissed a girl, angels were singing and there was fireworks and confetti and just a big sign in my head that was like, ‘You’re gay!’” Sophia recalls in her Circle intro.

According to Instagram, Sophia is in a long-term relationship and celebrated her three-year anniversary with her girlfriend, Leigh, in July. “Time flies when you’re in love,” Sophia wrote alongside a series of photos of her and Leigh. “Here’s to growing old with you!” The rest of her feed features a number of pictures with Leigh, and the couple also appear to share two very cute cats, one of whom is named Josey Binx. In addition, Sophia posts solo shots as well as pictures with her friends.

Outside of Instagram, Sophia is very active on TikTok, where her page has a little over 9,000 followers. She enjoys participating in all the latest trends and challenges, often along with her friends. A handful of her TikToks also feature her two older sisters — including the real-life Isabella.

Sophia says on the show that she’s a student, explaining that she has her eye on the $100,000 prize because “college is expensive.” However, Sophia’s Instagram suggests she’s also currently working at a coffee shop in Florida as a barista. Hopefully, her catfishing skills will be good enough to land her some more tuition money.