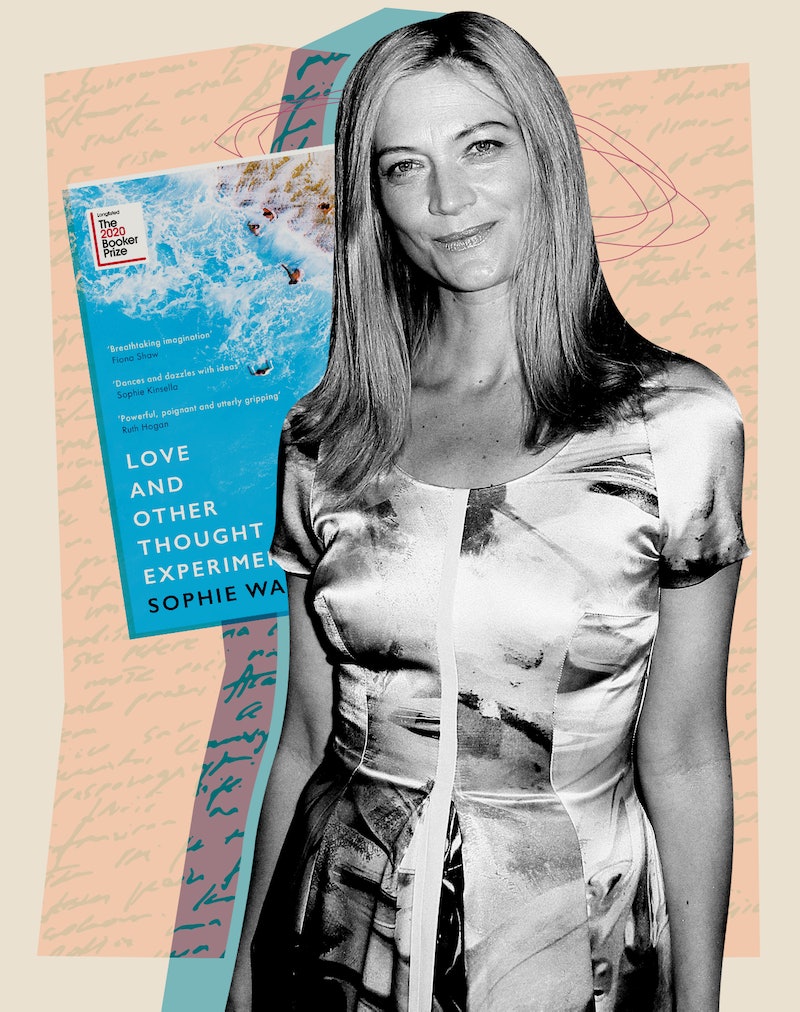 From taking time out with her grandchildren, spending time in the British Library, or watching Westworld: inspiration for author and actress Sophie Ward really does come from everywhere.

“It's funny because when you start to focus on something, everything else seems to connect to it,” she tells me over the phone. “If you find out the definition of a word, suddenly then that word is everywhere.”

In this instance, it was 10 thought experiments that served as a starting point for her latest novel Love & Other Thought Experiments, a philosophy-fiction hybrid that was shortlisted for this year’s Booker Prize Long List. The composite novel weaves together individual short stories that follow an interconnected narrative to produce a rich tapestry that explores love, loss, and the nature of reality.

“It was hard for me to get the book published at first, so it was an amazing relief when it went onto the Booker," she tells me. "It’s amazing for me, but it's also amazing for everybody out there trying to do something different. People said ‘it's not going to work, nobody wants to read that sort of thing,’ but you have to try. If you've got a story, in your voice, tell that story; you’ll always have a different story after that.”

Ahead of her appearance on BBC Two’s Between The Covers with Sara Cox, I spoke to Ward about how her career as an actress has influenced her writing, the importance of taking chances, and why philosophical thought will always have a place in her writing.

On Taking Risks As A Writer

“It's really important to take risks because that's all you can do. Your job as a writer is to take whatever your idea might be to the furthest place possible, because that's your unique place. It's not always to do something necessarily that somebody else has done before, but maybe to be inspired by that, and then do your own thing with it because that's your voice, and that's what you have to give.

"It's very rarely the sequels or the knockoffs that are the ones we remember. We remember the first time we saw that idea, or the first time that we came across that kind of story. It's really important to try and be brave, and stick to your guns."

On Working Through Imposter Syndrome

“Writing is very different from being an actor. It's not the same sort of collaboration, a lot of it you do on your own, wrestling with your own demons about being good enough and all the things that stop you writing. I just try to tell myself that it's okay and it doesn't matter. Try not to judge it from an outside perspective until you need to, when you're a draft or two in and then you can be more critical because by then you've already made the amazing part. Sometimes you have to go easy on yourself and just let yourself make as many mistakes as you have to take your idea to the furthest place and try to stop that critical voice. There's plenty of time later to make things better and change things.”

On Breaking With Literary Tradition & Creating Her Own Form

“The idea [for the book] had been building for a while because I had gone back to school as an adult – I did a BA in philosophy and literature – and I'd come across these thought experiments. They are so interesting because whenever you talk to somebody about them, even if they don't know anything about them, people love to discuss them and they really capture the imagination. It's really interesting because it's the crossover with the sciences and the arts, which are often artificially separated, a bit like the mind-body problem.

“So I thought, ‘What if I expand them and apply them to our actual real life situation?’ Then I looked at the ones that were the most gripping and also mostly to do with conscience and then I threaded my story through using the thought experiments. Obviously, some of them are more outrageous than others. I’ve been amazed at how responsive people have been, and how many people have stuck with it.”

On Being A Female Voice In A Male-Dominated Industry

“In terms of the perception of philosophy, I think it's changing, but it can seem intimidating and abstract. I remember watching a documentary on [the philosopher Jacques] Derrida, and he was just absolutely dismissive of the idea that women could be philosophers because ‘it's a man's world, that's what men do’.”

“That was one of the things I really wanted to do with the book was to make it accessible. Look for the enjoyment of it all, and to communicate that with people. The same things that were making me laugh and stimulating my mind, I knew would be interesting to other people too.”