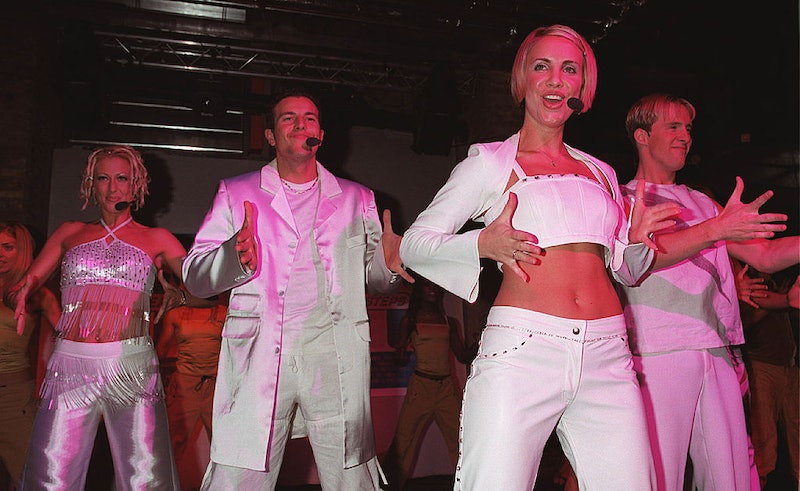 In Summer 2019, just over two decades after the split up, the Spice Girls did a reunion tour. If it proved anything, it was nostalgic nineties hits is still where it’s at. Serving up a fresh dose of serious throwback magic – and potentially saving 2020 in the process – is the announcement that Steps are ready for a comeback.

The 1990s pop group – famed for hits like "One For Sorrow", "Tragedy" and "Love's Got A Hold On My Heart" – revealed that they will release a new album later this year and tour at the end of 2021. Not only that, but the fivesome teamed up with Sia, who wrote the title track lead single, coming on Sept. 9. "What The Future Holds" will get its world premiere on Zoe Ball's BBC Radio 2 breakfast show. According to the Official Chart, the pop group has also teamed up with Adele, P!nk hitmaker Greg Kurstin, Kylie collaborator Hannah Robinson and recent Number 1 act MNEK, too.

Announcing their comeback via Twitter, the band said: "We couldn't keep it a secret any longer! Our new album What The Future Holds arrives on November 27th, and it's available to pre-order from 8am tomorrow!" the post came after a series of cryptic posts featuring Claire Richards, Lee Latchford-Evans, Lisa Scott-Lee, Faye Tozer and Ian "H" Watkins and heavy references to the past and future, and crystal balls.

The band first announced that they’ve been back in the studio with plans to release new music via the Sun’s Bizarre column. Speaking to the Sun, Richards said, “we were like, ‘Oh my God, this is amazing’. We’d had such a massive success with our last album, Tears On The Dancefloor, that this second stage of our reunion we’ve just taken each day as it comes really. There wasn’t a ten-year plan. We had that album, we were going to do it, see how it went and make the decision if we wanted to do it again.”

Alongside the release of their album, Steps also plan on going on a UK arena tour. Come November 2021, supported by Sophie Ellis Bextor, Steps embark on a 14-day tour, starting with Sheffield on Nov. 2, ending in Bournemouth on Dec. 1. Tickets will go on sale on Sept. 18.