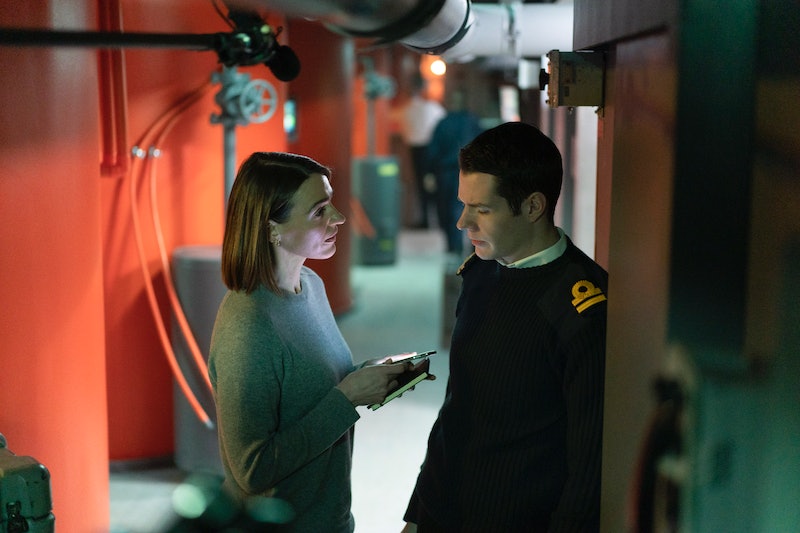 The BBC’s newest must-watch drama Vigil revolves around the disappearance of a Scottish fishing trawler and a suspicious death onboard a Trident nuclear submarine.

In the show’s first episode, the character of DCI Amy Silva (played by Suranne Jones) is required to go aboard the submarine in order to carry out an investigation and is informed that, while onboard the nuclear deterrent, she will not be able to communicate with the outside world, but can receive the occasional radio message from land. It’s a small but crucial detail within Vigil’s plot, helping to keep the suspense high as DCI Silva is isolated. But, the question is, how accurate is it? Do submarines really operate with a one-way signalling system?

Per the Naval Post, radio communication between land and submerged submarines is notoriously difficult, primarily because radio waves do not travel well through saltwater. To get around this issue, submarines can move closer to the surface and raise an antenna above sea level for an enhanced signal. However, this makes Trident nuclear submarines much easier for potential enemies to detect.

Because of this, a form of radio communication known as Very Low Frequency (VLF) is used by countries including the United Kingdom. VLF is always one-way from land to the submarine, and if two-way communication is required, the submarine must rise closer to the surface and use higher radio frequencies.

This form of one-way signalling is what is likely depicted in the BBC’s Vigil, which has fast become one of the must-watch TV dramas of the past year.

As mentioned, the James Strong-directed series centres on the mysterious disappearance of a fishing trawler and a highly suspicious death on board a Trident nuclear submarine. The two incidents “bring the police into conflict with the Navy and British security services,” while DCI Amy Silva (Suranne Jones) heads an investigation into a “conspiracy that threatens the very heart of Britain’s nuclear deterrent.”

Speaking of the new series, show writer Edge said he was “thrilled” to have been involved with the six-part drama. “The ‘Continuous At Sea Deterrent,’ better known as ‘Trident’, has been a contentious part of national life for half a century now... But this world has rarely been explored on-screen. I can’t wait to take a BBC One audience down with us, into the pitch-black icy waters of the unseen Atlantic,” he added.