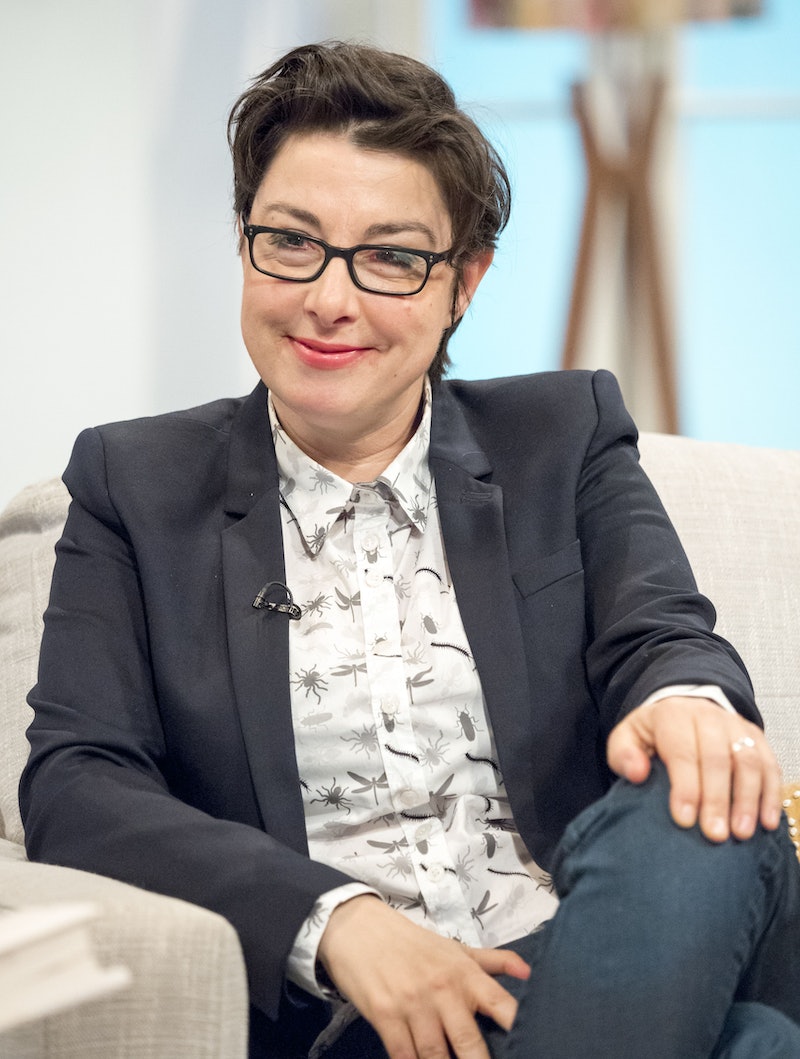 When Great British Bake Off contestant Iain Watters dramatically tossed his Baked Alaska in the bin after it wouldn't set, the infamous moment made headlines and went down in the show's history. During a recent podcast interview, former Bake Off host Sue Perkins reflected on the dessert disaster and confirmed Watters "really lost it" during #BinGate in 2014.

Sue Perkins co-hosted The Great British Bake Off with Mel Giedroyc before the show’s move from the BBC to Channel 4 in 2017 — and 'Bin Gate' was certainly one of the most memorable moments during Perkins' seven-series stint. Speaking to Ed Gamble and James Acaster’s Off Menu podcast, Perkins revealed it was even more intense behind the scenes.

“Obviously there’s a lot of it going on backstage, mainly because I’m just foul of mouth but normally it’s very mellow, as you know. He really lost it.

“And in that moment I was with him, it was life and death, but then slowly this creeping contextualisation of just… I’m with a man in a tent, whose ice cream has melted. This is… Meanwhile in Syria…” she joked.

As fans of the show will remember, Diana Beard was accused of sabotaging his dessert by taking it out of the freezer. So huge was the fallout that BBC had to release a statement insisting Diana Beard was in "no way responsible" for the melted ice cream.

“I had to take him out, and we had to have a little chat, be nice guy, and just say, ‘Come on, let’s bring some perspective to this. Maybe, maybe not, somebody opened the fridge door, it might have affected the temperature,’ shared Perkins.

“But I have to say the aplomb with which he just got the foot on the pedal of the pedal bin. It was like something out of Thelma and Louise, when you see that close up of it going up and down.”

The Great British Bake Off is now hosted by Matt Lucas and Noel Fielding where plenty more dessert disasters have happened since — however, arguably, none quite as infamous.