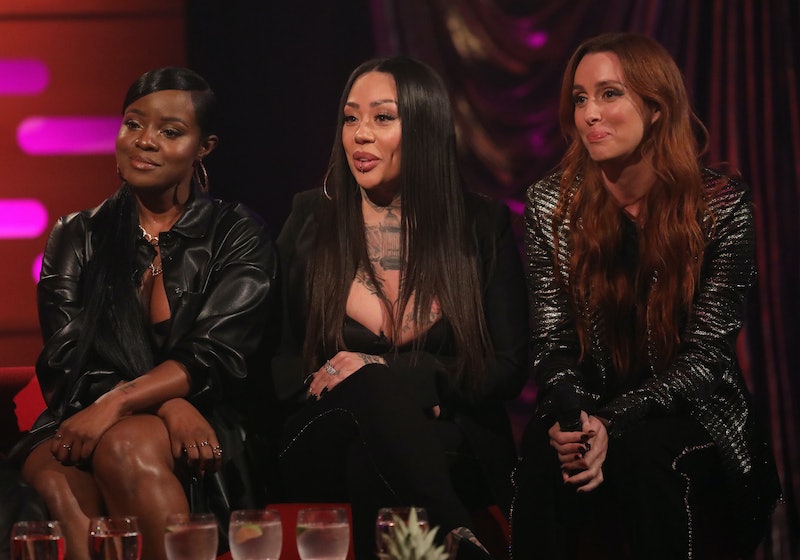 In 2019, 00s kids rejoiced as the Sugababes returned for the ultimate comeback on the Graham Norton Show. The original trio of Keisha Buchanan, Mutya Buena, and Siobhán Donaghy also announced that they were working on a “special project” for the 20th anniversary of their debut album One Touch, which just so happened to be last year. While the pandemic may have put the plans on hold, the Sugababes posted a cryptic tweet on Saturday (May 8) suggesting that something big is coming soon.

The tweet in question features a video with a 14-second piano instrumental with the group’s name front and centre in the font from the One Touch cover. You can also spot the beige flower from the album art floating on the left-hand side of the frame. Three emojis accompany the post in the caption, representing Buena, Buchanan, and Donaghy, as well as a link to their official site. This leads to a page with the group’s name surrounded by coloured bubbles spelling ‘twenty’, above a mailing list that you can sign up to.

A chain of flowers also moves across the Sugababes logo, which could be a call back to their cover of Sweet Female Attitude’s ‘Flowers’ in 2019 for DJ Spoony’s Garage Classical record. This marked the first time the trio had been called the Sugababes since 2001, as they had reformed in 2012 but under the name Mutya Keisha Siobhan.

Regardless, 2021 is shaping up to be a big year for the Sugababes – whether that’s in the form of a comeback tour or a re-recording of the whole of One Touch.