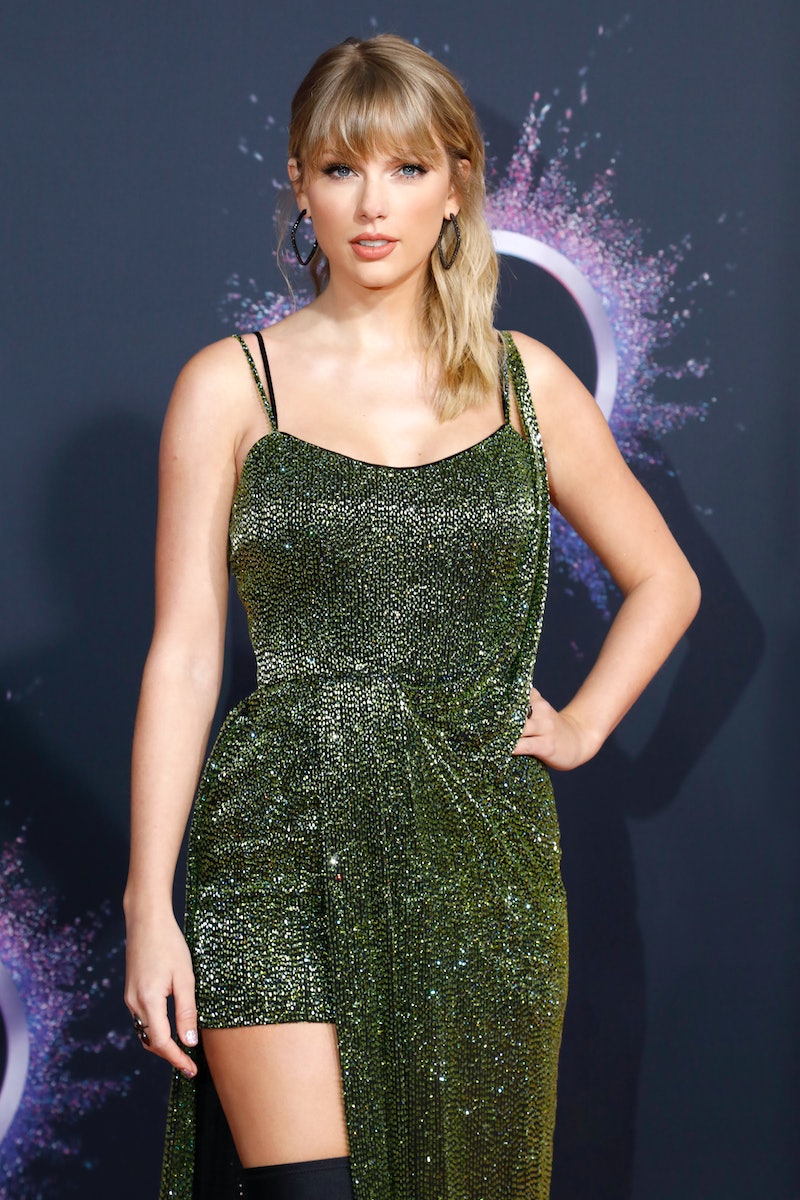 One month after the premiere of folklore, Taylor Swift will perform at the American Country Music Awards, her first appearance at the show in seven years. The ACMs will air on Wednesday, Sept. 16, at 8pm EST on CBS. Swift will perform "betty," marking the first live performance of the song since the surprise release of the album on July 24.

The ACMs will take place in Nashville for the first time, and the city, which is Swift's hometown, holds a special significance for the singer. The show will broadcast social distancing compliant performances from many of the city's iconic venues, including the Grand Ole Opry House, the Ryman Auditorium, and the Bluebird Cafe. On Sunday, Swift posted a sneak-peak of the event on Twitter, writing: "Bout to show up at your party @ACMawards."

The last time Swift appeared at the ACMs was in 2015, where the singer received the Milestone Award, which her mother, Andrea Swift, presented, as per ABC. The Milestone Award had only previously gone to seven other artists — Garth Brooks, George Strait, Reba McEntire, Brooks & Dunn, Miranda Lambert, and Kenny Chesney — for their major impact in country music, according to People. During her acceptance speech, Swift thanked the country music community, saying the fans accepted when she, "wanted to go explore other genres" with 1989, and that she was, "so unbelievably proud" to have "learned to treat people with kindness and respect from country music." She'd previously appeared at the award show in 2007, performing her breakout hit "Tim McGraw."

Fans might not be surprised to see Swift return to the show following the release of folklore, which is closer to her country roots than other recent releases. (The album is technically classified as alternative rock, marking yet another genre switch for the artist.) Folklore is her eighth studio release and was co-produced by Jack Antonoff and Aaron Dessner of The National; it has spent six weeks at No.1 on the Billboard 200 Albums Chart. Swift, who wrote and recorded the songs following the coronavirus lockdown, has yet to perform any tracks from folklore live. The ACMs will be a world-premiere moment for the release.

The ACMs will be hosted by Keith Urban, and will also feature performances by Kelsea Ballerini, Tim McGraw, Miranda Lambert, Blake Shelton, and Carrie Underwood. It's not yet clear which Nashville location Swift will choose for her performance, but given her strong connection to the city, it's likely to be a memorable appearance.