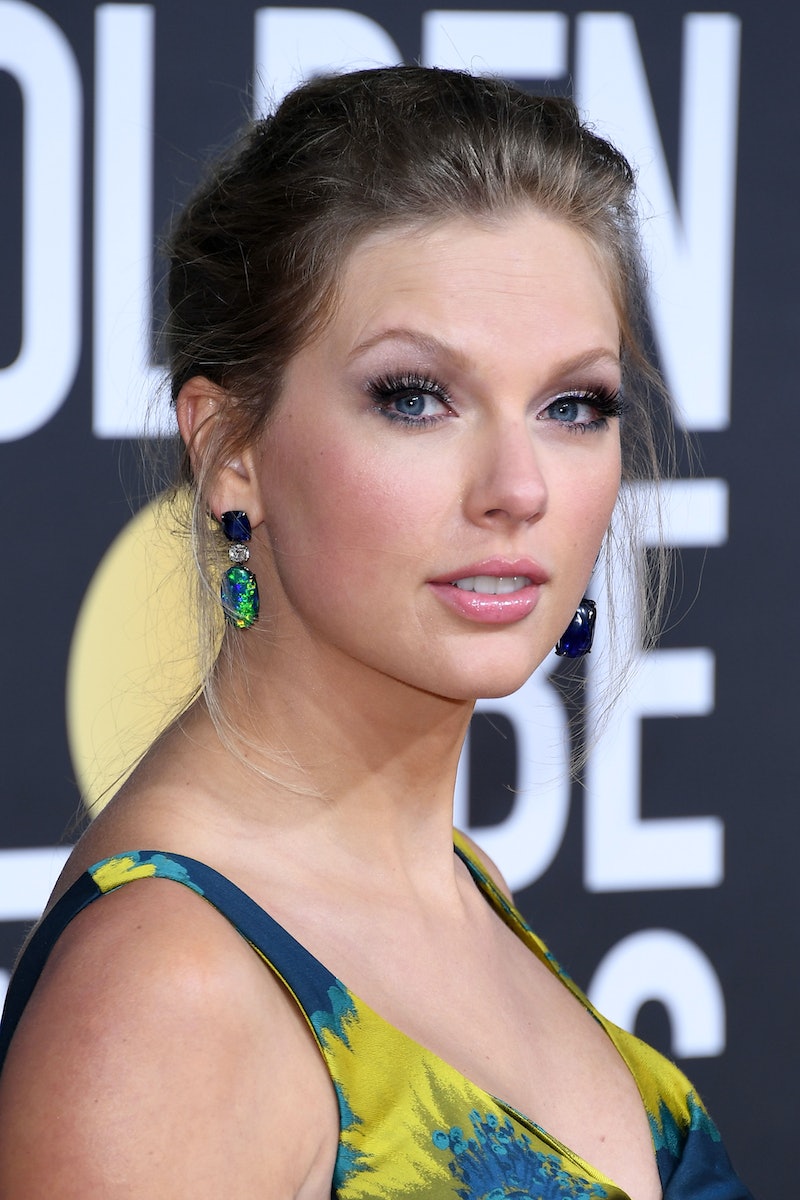 If you thought your tear ducts were already exhausted after listening to Taylor Swift's new album folklore on repeat, you have another thing coming. The singer is back to give fans one last emotional punch (in the best way possible). Taylor Swift finally released "the lakes," her bonus Folklore song, and it's now available to stream and listen to on every major platform, including Spotify and YouTube.

When Swift surprised fans with folklore on Thursday, July 23, she also revealed that the physical editions of the album would include an exclusive bonus track, "the lakes." Now, just over a week after the CD became widely available at stores, the singer has announced that "the lakes" is now available to download and stream from Spotify and Apple Music, as part of the deluxe edition of folklore. She even released an accompanying lyric video to YouTube. And, of course, fans are already deciphering their meaning.

On "the lakes," Swift fantasizes about romantic poetry on the song as she reconciles with the feeling that she doesn't fit into this world. "Take me to the lakes, where all the poets went to die / I don't belong and, my beloved, neither do you," Swift sings on the track, which fans think could be directed at her boyfriend Joe Alwyn. "Those Windermere peaks look like a perfect place to cry / I'm setting off, but not without my muse."

The "Windermere peaks" she mentions actually represents the mountainous Lake District of England, where several 19th century poets traveled and where Swift spends time with her British beau Alwyn. This connects the track to another personal song on her album — she also referenced Windermere lake once on the folklore track "Invisible String." In fact, Alwyn himself recent posted a stunning snapshot of himself at the top of the mountainous lake region on Instagram, leading fans to believe that Swift used her man as an easter egg to tease the release of her new track. She is a very clever marketer, after all.

The track may very well be about Alwyn, but fans also suspect that "the lakes" references her ongoing battle with Scooter Braun, who famously bought the masters of Swift's first six albums, much to her public disapproval. "I've come too far to watch some namedropping sleaze tell me what are my words worth," she sings during the second verse. Well, if the fact that folklore is already the best-selling album of 2020 is any indication, Swift's words are worth a lot — and she knows it.