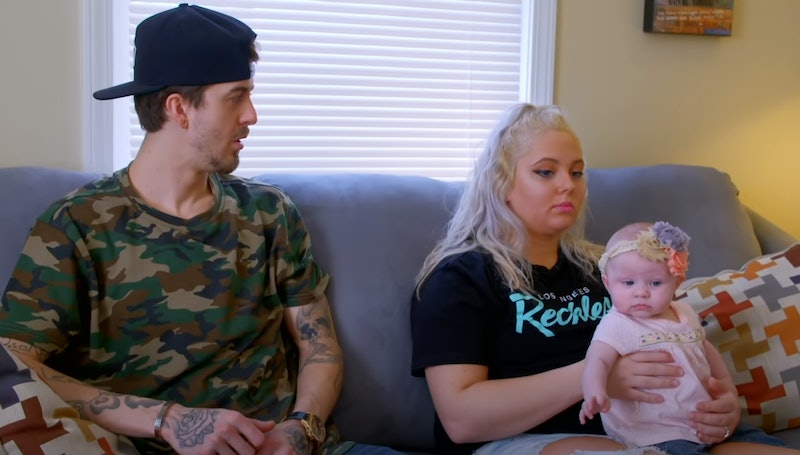 Teen Mom 2 couple Jade Cline and Sean Austin have already been through major highs and lows on and off-camera. Following the couple’s February 2019 separation and subsequent reconciliation a year later, Jade announced in April 2021 via social media that she is no longer with Sean. Per The Sun, the MTV star responded, “Yasssss,” to a fan who asked if she was single during an Instagram Q&A, and when another fan alleged to have seen Sean on Tinder recently, Jade responded, “I’M SCREAMINGGGGG they can have him lmaooooooo.” The ex-pair share a two-year-old daughter, Kloie, and adopted a puppy from March 2020.

Jade’s confirmation of their split follows yet another turbulent period for the co-parents. In March 2021, the British publication reported that she shared a since-deleted steamy photo donning lingerie and cuddling with Sean on their bed with the caption: “Loving you has always felt so right. I’m so proud of you... You’ve proved people who’ve made mistakes can change, evolve, improve, and learn. It hasn’t always been easy but it’s always been worth it.” Around the same time, she reportedly hinted that they perhaps “already tied the knot” in response to a fan asking if they plan to get married.

Later the same month, the two sparked engagement rumors after Jade posted a photo donning a large ring on that finger during their trip to Las Vegas. However, she confirmed her single status about two weeks later. Back in February 2019, the pair separated due to their constant arguing and Sean's substance use, but one year later, Jade announced on Twitter that they were back together and getting along well. "S/O to Sean. He’s really done a 360 this year and I’m so proud of him," she wrote. "He’s clean and living his best life. Plus is an awesome father. Go Sean. That really takes a strong ass person to over come addiction and depression."

Following the news of their reconciliation, both Jade and Sean made it clear they were in a good place. "Me and Sean have been getting along so well," Jade tweeted on March 26, 2020, mid-coronavirus lockdown. "Even being stuck in the house together 24/7 we still are managing to get along great. Happy we have each other during this dark time."

Under a Jan. 16, 2020 video of Kloie, Sean also opened up about his journey to sobriety. "You have to want it. Not only for yourself, but for those around you," he wrote. "Set goals for your self, and strive everyday to become a better version of who you were the day before."

To find out more about how Jade and Sean’s relationship currently stands, tune into the mid-season premiere of MTV’s Teen Mom 2 on May 4.

More like this
RHOP’s Robyn Dixon Explained Why Juan Paid For Another Woman's Hotel Room
By Brad Witter
Mack & Domynique Reportedly Had An "Epic" Breakup On 'Married At First Sight'
By Brad Witter
All The Clues Clint & Gina Aren’t Still Together After 'MAFS' Season 16
By Brad Witter
Shaq Might've Spoiled His Relationship Status With Kirsten After 'MAFS'
By Brad Witter
Get Even More From Bustle — Sign Up For The Newsletter
From hair trends to relationship advice, our daily newsletter has everything you need to sound like a person who’s on TikTok, even if you aren’t.