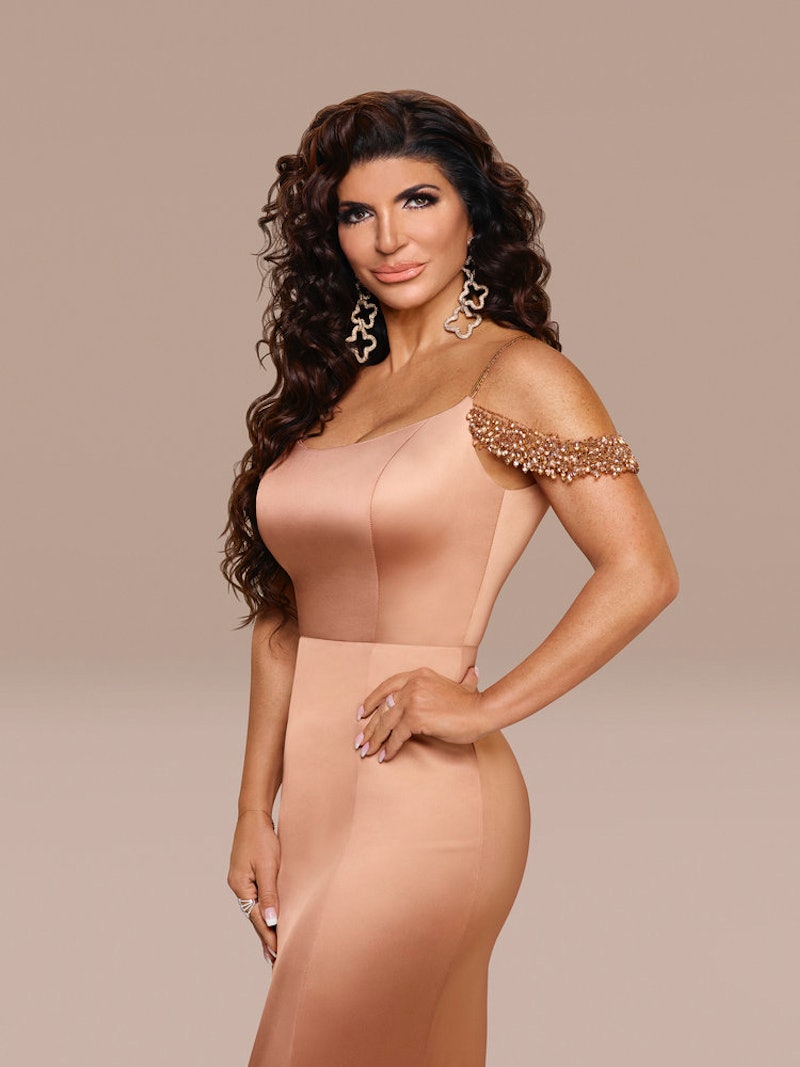 Shortly after finalizing her divorce from ex-husband Joe Giudice, Real Housewives of New Jersey star Teresa Giudice went public with a new boyfriend: Luis "Louie" Ruelas. There don’t seem to be any hard feelings among the exes, though: She recently introduced Louie to Joe during a Bahamas trip with daughters Gia, 20, Gabriella, 17, Milania, 15, and Audriana, 12. On April 1, Joe shared an Instagram family photo with Teresa and their girls, which he captioned: “I truly appreciate & hope i will continue to be present in my best friend life. A great person, mom, and confident individual. @teresagiudice @louiearuelas great meeting you and your boy.”

Even so, Joe, who went public with a new girlfriend, Daniela Fittipaldi, in February, admitted to Us Weekly on April 2 that meeting Teresa’s new man was slightly uncomfortable. “You can all imagine how I felt when they walked in the room. It was awkward to see my ex after a lifetime together with someone else,” he told the magazine. “Teresa and I decided to be honest and remain friends with one another for the girls. ... I believe we deserve to all be happy and our children will thank us for it. I am genuinely happy for both Teresa and Luis and wish them the best!”

The meeting came just days after Teresea revealed during a March 24 Watch What Happens Live appearance that the two men had already spoken on the phone and wanted to meet. She called their conversation “the most amazing thing ever,” explaining that Louie “just wanted to talk to him and let him know that he’s not trying to take his place or anything.”

The couple hasn’t been shy about their romance, either. Teresa wrote on Instagram in December that he was the “BEST thing that came out of 2020,” and they’ve also double-dated with brother Joe Gorga and sister-in-law Melissa Gorga. “I love him,” she told Cohen on WWHL, adding that her new man is also “very open” with his feelings. “We both give each other a lot of attention, which I love. We can’t keep our hands off each other.”

The two have also already taken another major step together: They bought a $3.3 million mansion in Montville, New Jersey, according to a February TMZ report. However, the outlet noted that the couple is not currently living in the home and it may actually be a joint investment property. Either way, things seem to be going really well for the pair. “I met an amazing man and I’m so happy,” Teresa told People on Feb. 16 of the Digital Media Solutions co-founder and father of two, whom she met at the Jersey Shore last year. “We like the same things. He’s beautiful inside and out.”

Teresa added that she and Luis were “taking things slow,” but the two seem to be pretty serious; she even called him her soulmate in a Valentine’s Day Instagram post. “I feel so fortunate to have found love in the most unexpected way, at the most unexpected time,” she wrote, in part. “You show me a whole New World, your kindness, creativity & love shows in everything that you do. I am so happy & I thank my mom and dad in heaven above for sending you.”