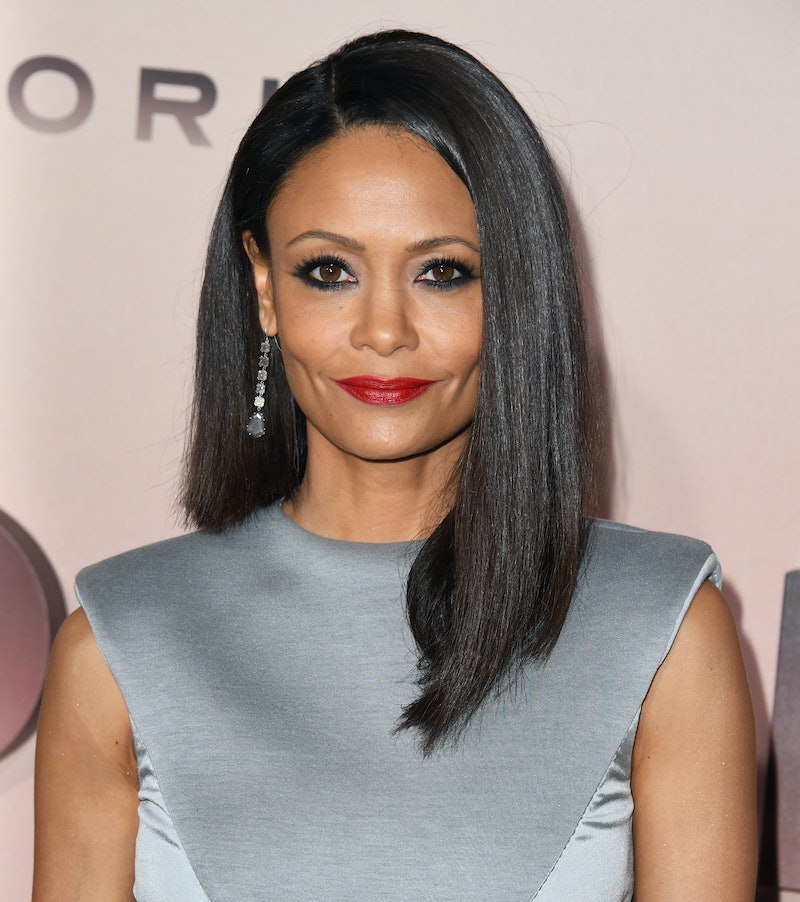 Nearly 30 years after her name was misprinted as Thandie in her first film credit, Westworld star Thandiwe Newton is “taking back” her name. Newton, who spoke about reclaiming her name in the May issue of British Vogue, said the “w” was omitted and “Thandie” has persisted. Now the actor is decades into a successful career that includes roles in films such as Crash, Mission Impossible 2, and Solo: A Star Wars Story, and wants to ensure that her real name is listed and used in future credits.

“That’s my name. It’s always been my name,” Newton told British Vogue. “I’m taking back what’s mine.” The magazine also wrote that her parents named her Thandiwe, as the name means “beloved” in Shona, the Bantu language of the people of Zimbabwe, according to the publication.

While Newton noted that Hollywood was in part responsible for the erasure of her name, the issue began during her childhood in Cornwall, England. The magazine wrote that when she attended a predominately white Catholic primary school run by nuns, “the W of her name drifted inward, out of sight and earshot, in a futile hope to make her feel less different.” The star ultimately moved to London, where she would begin her acting career, but the incorrect version of her name continued to be used.

Newton also spoke about how, in addition to her name, she’s reclaiming her space as an actor. She wants to build on her already prolific film and television career, which has included a BAFTA win for Crash, Emmy Award for Westworld, and becoming the first Black woman to play a lead in a Star Wars film. Moving forward, she only wants to take on roles that resonate with her own experience. “I’m not for hire anymore,” she said in the interview. “I’m not going to speak your story or say your words if I don’t feel they could’ve come from me.”

In addition to continuing to portray android Maeve Millay on Westworld — a role for which she had a hard-won fight for pay equity with Evan Rachel Wood — the star has also been voicing Mona on the Netflix comedy Big Mouth. She’s also set to star in the sci-fi thriller Reminiscence alongside Hugh Jackman and Rebecca Ferguson in Aug. of 2021, and wrapped filming on the thriller God’s Country.

More like this
A New Portrait Shows King Charles With William & Kate Before The Queen’s Funeral
By Stephanie Topacio Long
Mel B Speaks Out Against Domestic Violence In A Powerful Speech
By Sophie McEvoy
Who Is Nick Cannon Dating & How Many Kids Does He Have?
By Jordyn Tilchen and Radhika Menon
Khloé Kardashian Is Reportedly Dating A Private Equity Investor She Met Through Kim
By Jordyn Tilchen and Jake Viswanath
Get Even More From Bustle — Sign Up For The Newsletter