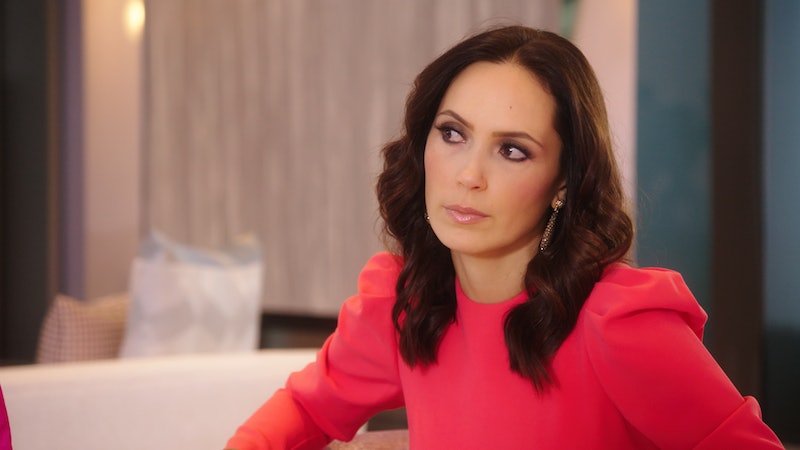 If you watch Selling Sunset on Netflix, you're probably very conflicted about the $75 million house listing. On the one hand, it's gorgeous, but on the other, the listing belongs to Oppenheim Group agent Davina Potratz. Season 3 of the hit Netflix reality series shows just how much trouble Davina had with the elaborate mansion, and, according to the real estate company's website, the $75 million house on Selling Sunset still hasn't sold, and fans are being very smug about it.

During Season 2, Davina landed the elusive listing despite the fact that the Oppenheim Group's main broker Jason Oppenheim hesitated to take it on, believing that the house was overpriced and could potentially soil the company's reputation. After some nudging from his brother and fellow broker Brett, he relented and let Davina take the chance. At the time, it was the biggest listing that the company has held, and Davina would earn an enormous commission upwards of $1 million after selling it.

Unfortunately, Season 3 proved that Jason's fears were actually pretty prescient. Davina was not able to sell the house, even with fellow agent Christine Quinn's help. After a few months, seller Adnan Sen began to lose faith in Davina, who persuaded him to let her handle the listing. And since the dramatic season finale, it seems that nothing has changed. The house is still up as an active listing on the Oppenheim Group's website, meaning Davina still hasn't been able to find a suitable buyer. To make matters even worse, the price still hasn't come down.

Since the beginning of the show, Davina has been a very polarizing (to put it nicely) personality, mainly because of how she has treated co-star Chrishell Strause, a newer addition to the Oppenheim Group, and Season 3 saw fans grow even more sour toward her, especially on Twitter. Viewers criticized Davina harshly for attacking Chrishell while she was going through an unexpected divorce, and defending her co-star's ex-husband Justin Hartley, who allegedly told Chrishell that he was filing for divorce via text message, after having only one brief encounter with him. Needless to say, many fans on Twitter were very happy that karma worked its magic and Davina hadn't sold her prestigious listing.

Given how much the coronavirus pandemic has affected the real estate landscape since Season 3 wrapped filming, it's hard to imagine that Davina will be able to sell a house with this large of a price tag if she hasn't been able to already. However, given how much exposure the mansion has received on Selling Sunset, who knows what could happen. Never underestimate the power of Netflix.