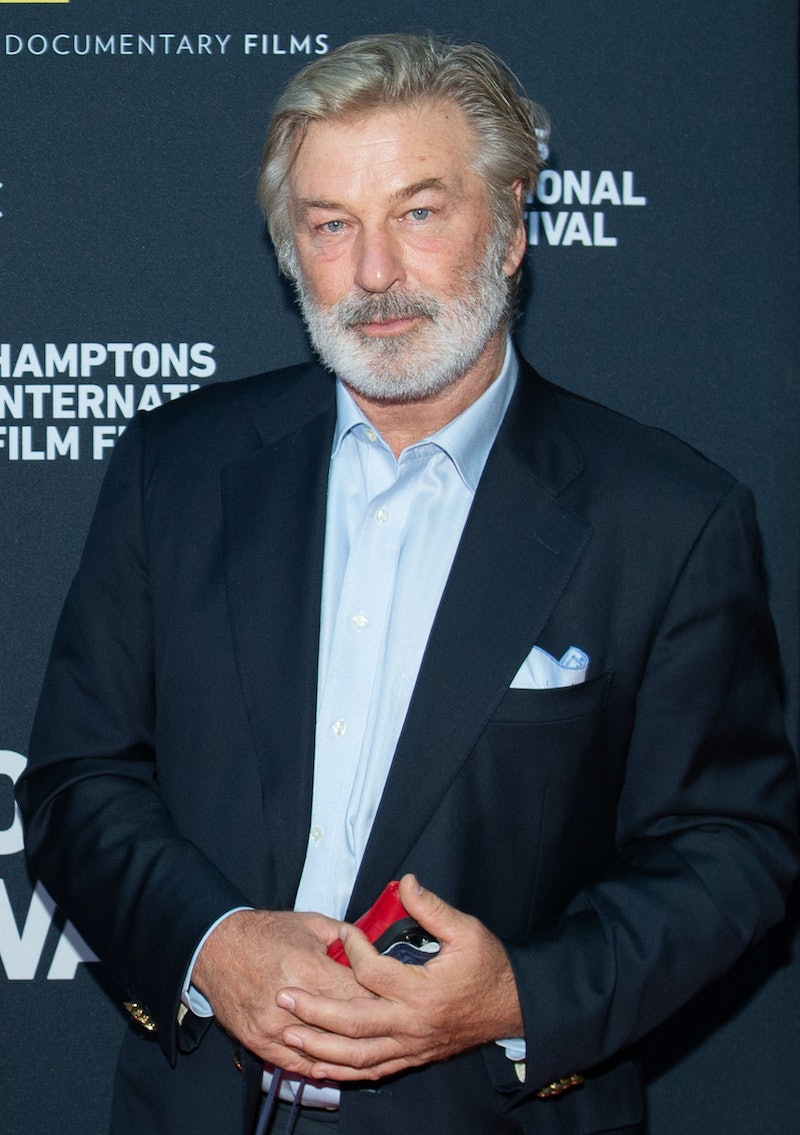 Hollywood has been reeling since the Rust movie shoot took a tragic turn on Thursday, October 21. Production on the Western film had to swiftly shut down after star and producer Alec Baldwin accidentally shot and killed Halyna Hutchins, the director of photography, and injured director Joel Souza with a prop gun. The shocking incident has rocked the film industry, raising questions of how an accident like this could happen, how it could have been prevented, and what changes need to be made to make sets safer.

In his first public statement following the shooting, Baldwin described what unfolded as a “tragic accident.” “There are no words to convey my shock and sadness,” he wrote in part. The actor also shared that he’s “fully cooperating” with the police as they investigate the matter and that he has offered his support to Hutchins’ husband, Matthew, and their family. “My heart is broken for her husband, their son, and all who knew and loved Halyna,” he added.

Meanwhile, Souza has been released from the hospital and is recovering, according to Deadline. “I am gutted by the loss of my friend and colleague, Halyna,” he said in a statement. “She was kind, vibrant, incredibly talented, fought for every inch and always pushed me to be better.”

Here’s what to know about the Rust shooting incident.

Who Was Halyna Hutchins?

Hutchins, 42, was a cinematographer who studied at the American Film Institute Conservatory and went on to work on the films Archenemy, Blindfire, and Darlin’. In 2019, American Cinematographer magazine named her one of its 10 “Rising Stars of Cinematography.” Actor Joe Manganiello, who worked with her on Archenemy, remembered her as “an incredible talent and a great person” in a poignant Instagram tribute on Oct. 21. He added in part that “she was the kind of cinematographer that you wanted to see succeed because you wanted to see what she could pull off next.”

Beyond her work, Hutchins was a self-described “restless dreamer,” and she and husband Matthew Hutchins shared a son. “I don’t think there are words to communicate the situation,” Matthew told Insider. “I think that we will need a little bit of time before we can really encapsulate her life in a way that is easy to communicate.”

On Oct. 22, he tweeted a photo of Hutchins and their son, paying tribute to his wife. “Halyna inspired us all with her passion and vision, and her legacy is too meaningful to encapsulate in words,” he wrote. “Our loss is enormous, and we ask that the media please respect my family’s privacy as we process our grief. We thank everyone for sharing images and stories of her life.”

Matthew also thanked the American Film Institute for creating a memorial scholarship fund in her name, which will support aspiring female cinematographers. “Anyone seeking to honor her memory, please direct your giving to this fund,” Matthew added.

How Did The Rust Shooting Happen?

The deadly accident occurred while the Western was shooting at the Bonanza Creek Ranch in Santa Fe, New Mexico, on Oct. 21. Baldwin was given a prop firearm by the assistant director, who took it from a cart that the movie’s armorer — the trained professional overseeing the weapons — had set up, per the Associated Press. Baldwin then prepared to film, practicing removing the gun from a holster twice as the crew readied the cameras, a source told the Los Angeles Times. On the second try, the firearm discharged and the ammunition hit both Hutchins and Souza. Although Hutchins was taken to the hospital by helicopter, she did not survive.

Court records indicate that there were three guns on the cart, per the AP. A detective wrote in an affidavit included in a search warrant application that the assistant director did not know that the one he gave to Baldwin contained live rounds. He had yelled, “Cold gun!,” per the affidavit, to indicate that the gun was safe to use. Why it had been loaded with live rounds and by whom is not yet publicly known.

“Regarding the projectile, a focus of the investigation is what type it was and how did it get there,” Santa Fe County Sheriff’s Office Spokesman Juan Rios said on Oct. 22, per the New York Times.

How Can A Prop Gun Be Deadly?

Prop guns are not as harmless as they may sound. As the AP explains, they can be rubber toys, but they can also be actual firearms capable of firing bullets. Though rare, deadly accidents have happened. In a similar tragedy in 1993, Bruce Lee’s son, Brandon Lee, was killed on the set of the movie The Crow when a prop gun fired a bullet instead of a blank, as NPR reports.

Who Was At Fault In The Rust Shooting?

The investigation is still uncovering exactly what happened and who is at fault. Detectives have been interviewing witnesses, per NPR, but so far, no charges have been filed. Meanwhile, multiple news reports indicate there had been safety concerns on set. Some Rust crew members had even walked off, with their list of concerns including gun safety, COVID-19 protocols, long commutes, and more, per Variety.

Regarding gun safety issues specifically, sources have alleged there was a lack of proper adherence to protocols during production, according to the LA Times. Two crew members told the outlet that they observed two other accidental prop gun discharges prior to the deadly incident; one said that “there were no safety meetings” after those accidents and “all they wanted to do was rush, rush, rush.”

Rust Movie Productions said it in a statement that it was “not made aware of any official complaints concerning weapon or prop safety on set” and would conduct an internal review. It also said, “The safety of our cast and crew is the top priority of Rust Productions and everyone associated with the company.”

What Does This Mean For Other Movie And TV Productions?

Hutchins’ death has shined new light on safety protocols on movie and TV sets, especially where firearms are involved. The Suicide Squad director James Gunn tweeted about the accident, first sharing that it’s his “greatest fear” to lose someone on one of his sets and later highlighting the importance of following the safeguards that are meant to prevent such tragedies.

“There is no way what happened yesterday on Rust could have happened if every single person followed the rules,” he wrote. “That’s not me placing blame at any individual’s doorstep; I don’t know all the facts. But with everyone following proper protocol it could not have occurred.”

Shang-Chai and the Legend of the Ten Rings star Simu Liu expressed his hope that there will be “better safety regs for firearms on sets,” calling the accident “terrible, tragic, and preventable” in an Instagram story.

Meanwhile, a Change.org petition inspired by the fatal accident is calling for a ban on real firearms on film production sets. It specifically asks Baldwin to “use his power and influence in the Hollywood film industry to make change.” It has more than 11,000 at the time of this writing.

Changes can already be seen playing out. The ABC cop show The Rookie will no longer use any “live” weapons on the show, per the Hollywood Reporter. The publication obtained an Oct. 22 staff memo from showrunner Alexi Hawley, explaining that “all gunfire on set will be with Air Soft guns,” with muzzle flashes to be added in via CGI in post-production. “The safety of our cast and crew is too important,” he added. “Any risk is too much risk.”