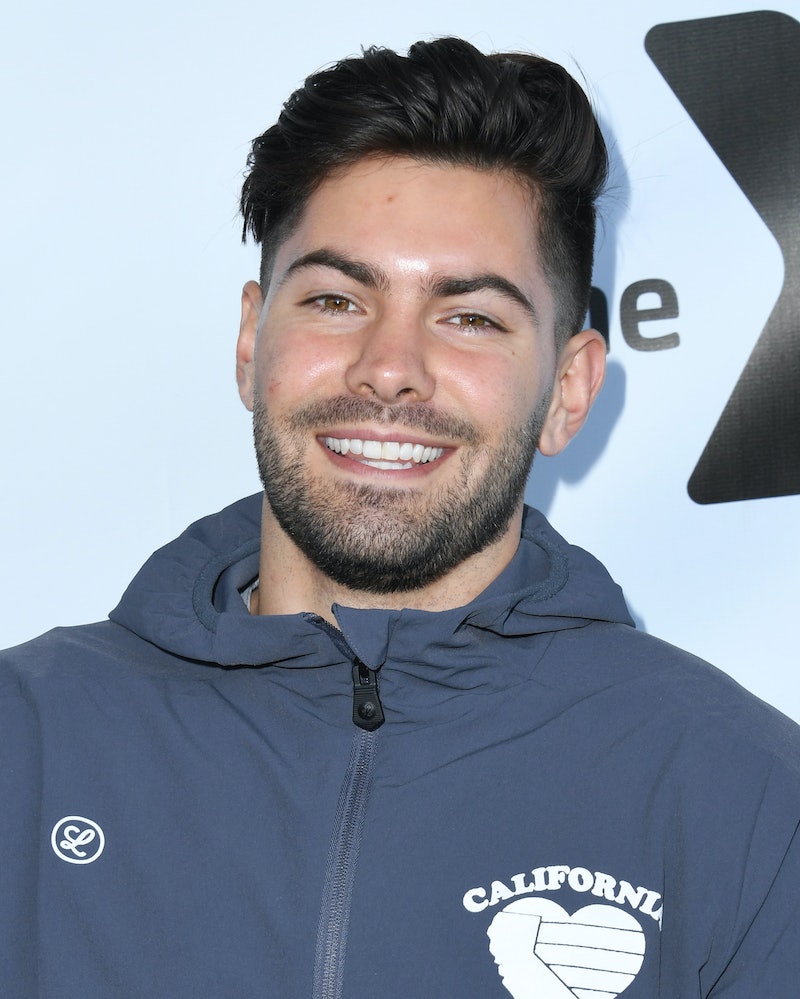 Dylan Barbour is spilling all the team tea about The Bachelor franchise. The former Bachelorette contestant has alleged that fellow contestant on his season Jed Wyatt did not cheat on Hannah Brown, contrary to how he was portrayed onscreen at the time. Jed won Hannah's final rose in July 2019, but she called off their relationship after it was reported that Jed had had a girlfriend up until he left to appear on the show. The girlfriend at the time time, Haley Stevens, alleged Jed had promised to stay together with her after the show.

Taking to Twitter over the weekend, Dylan invited fans to "ask anything" about his time on the show — and even called for its demise. "Cancel ABC and The Bachelor," he wrote. "Kinda wanna air out their dirty laundry, mom got me riled up." After telling one user that he thought Jed got "screwed over" the most by production on his season, Dylan responded "Yes" to another fan who asked if he meant that Jed had never cheated on Hannah.

Dylan continued to divulge alleged details about everything from contestants' day-to-day lives to production shenanigans. He told one user that the show doesn't let its contestants sleep normal hours, requires winning couples to give back the engagement ring if they last less than two years, and that it's usually "obvious" who the Bachelor or Bachelorette is truly falling for. He also thinks it's "possible" that producers hire actors to play villainous contestants, but doesn't know for sure.

In response to Dylan's public remarks, Jed thanked him on Instagram Live on Jan. 31 for his support and promised to expand on the situation at a later date. "The facts are this: Yes, I was highly manipulated and from it deeply mentally affected from the show," he said, according to US Weekly. "2. No, I never cheated. Ever. On Haley or Hannah."

Dylan concluded his string of tweets weighing in on how The Bachelor negatively affects its contestants' mental health, both during and after the show. "My last thought: they need you until they don’t," he wrote. "Each person is a pawn in a larger scheme, and they do not have contestants' best interests in mind. Mental health is not a concern. Multiple people develop issues post show and they do nothing to help. If anything, they fuel hate."

More like this
Jill & Jacob Split Up Right After He Hard-Launched Their Relationship On IG
By Grace Wehniainen
Victoria Fuller & Greg Grippo Addressed Their Relationship Timeline
By Grace Wehniainen
Khloé Kardashian’s Son Was Born A Week Before Anyone Realized
By Jake Viswanath
Is Queen Elizabeth II Or The Royal Family In Netflix’s 'Harry & Meghan' Docuseries?
By Jake Viswanath
Get Even More From Bustle — Sign Up For The Newsletter