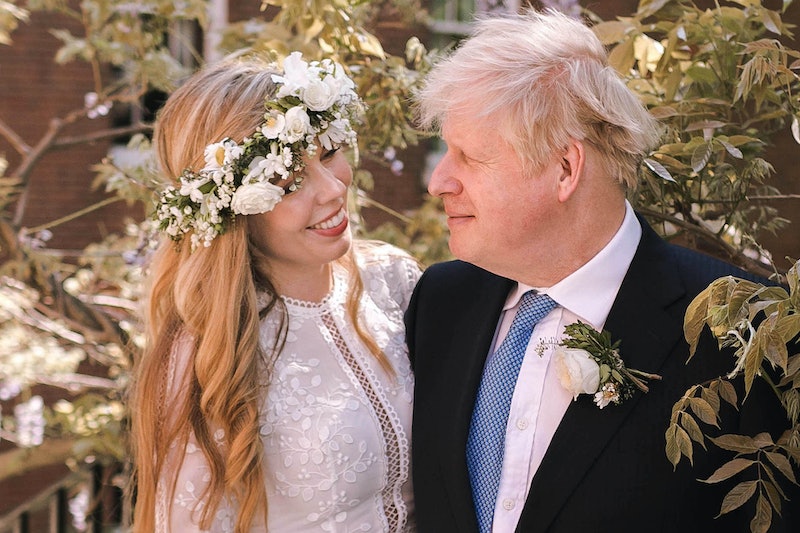 On May 31, 2021, it was reported that Boris Johnson had married his fiancee Carrie Symonds in a secret wedding ceremony at Westminster Cathedral. According to the BBC, it happened on the afternoon of May 29 and a spokesperson said the couple are planning to celebrate with a larger group of friends and family next summer. While the pair have been engaged since 2019, the news came as a shock to a lot of people and the Twitter reactions to Boris Johnson’s wedding were priceless.

Boris Johnson has been one of the most-watched men in Britain over the last twelve months so the fact that he kept his wedding day under wraps is pretty impressive. The Mail on Sunday reported that, in true pandemic wedding fashion, 30 people were invited to the ceremony and it was all done at quite short notice.

Images of the pair in the rose garden emerged pretty soon after the news broke that they’d tied the knot. Symonds wore a white flower headpiece and the Independent reported that her boho-chic, tiered gown – which she rented for the occasion – was the creation of Greek luxury designer Christos Costarellos. Johnson wore a black suit and blue tie. While the pictures look like pretty traditional wedding photos, it didn’t stop Twitter finding the funny side of their news.